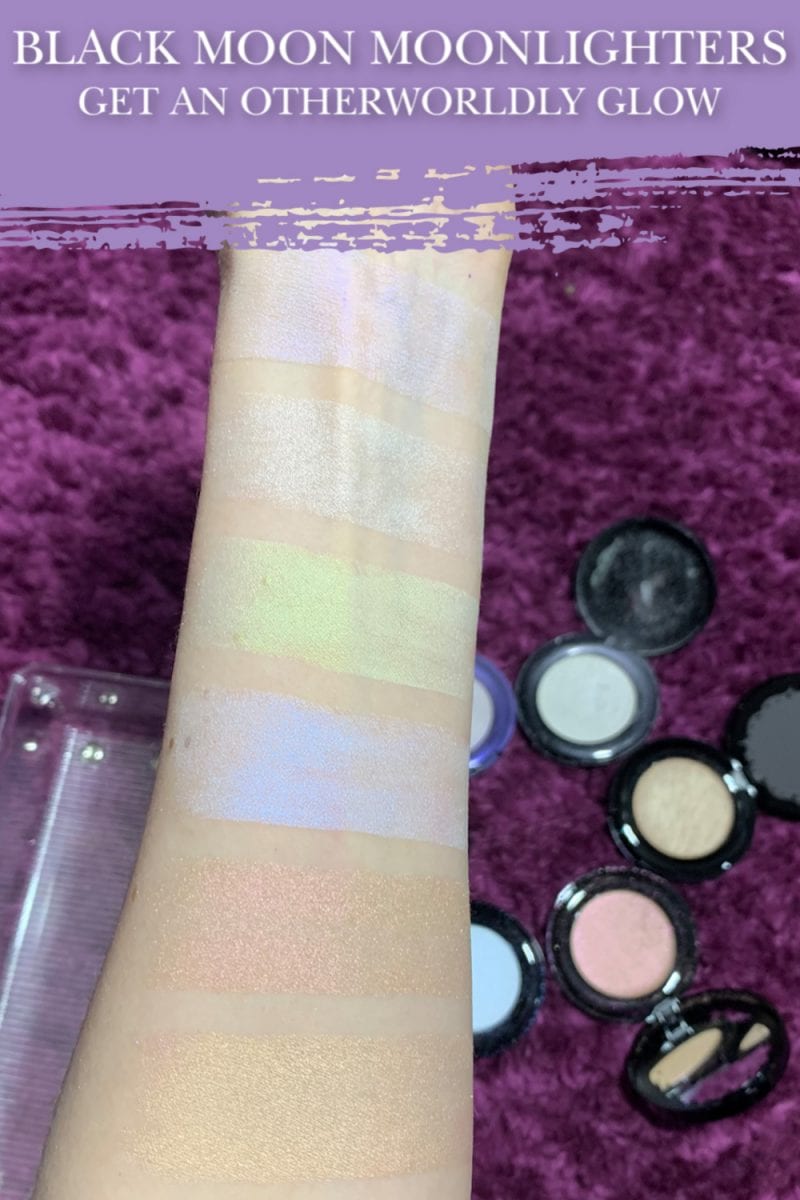 Where to Buy
Black Moon Cosmetics

Watch the video on YouTube with Closed Captioning in English!

What I Want in a Highlighter

I want my highlighter to give me the lit-from-within ethereal pearlescent glowy skin that I crave. Yes, I want to look otherworldly and vaguely threatening. I want my dry skin to look glowy and gorgeous.

What I Don’t Want in a Highlighter

I do not want chunky glitter in my highlighter that emphasizes any texture on my cheeks. I have great skin, but I still feel like glittery highlighters make my cheeks look strange, not sexy.

What Black Moon Cosmetics Says About Their Moonlighters 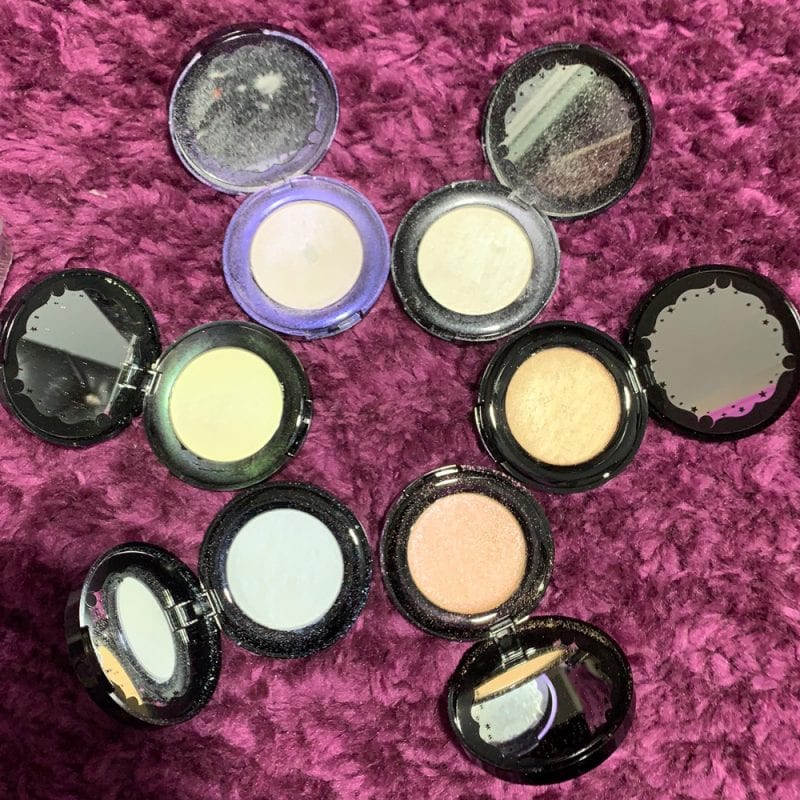 Black Moon Cosmetics Moonlighters are bioluminescent pressed highlighters that were created to give a mysterious glow from within, even in the darkest of settings.

About My Skin Tone

For the face swatches below I swatched on bare skin. Only my skin care is on. No other makeup.

I bought Black Moon Cosmetics Moonlighter in Catshark first, then realized I was all about this formula, so bought several more shades. I should have just bought the bundle and saved, because I’ve bought every other color except for Dragonfish. 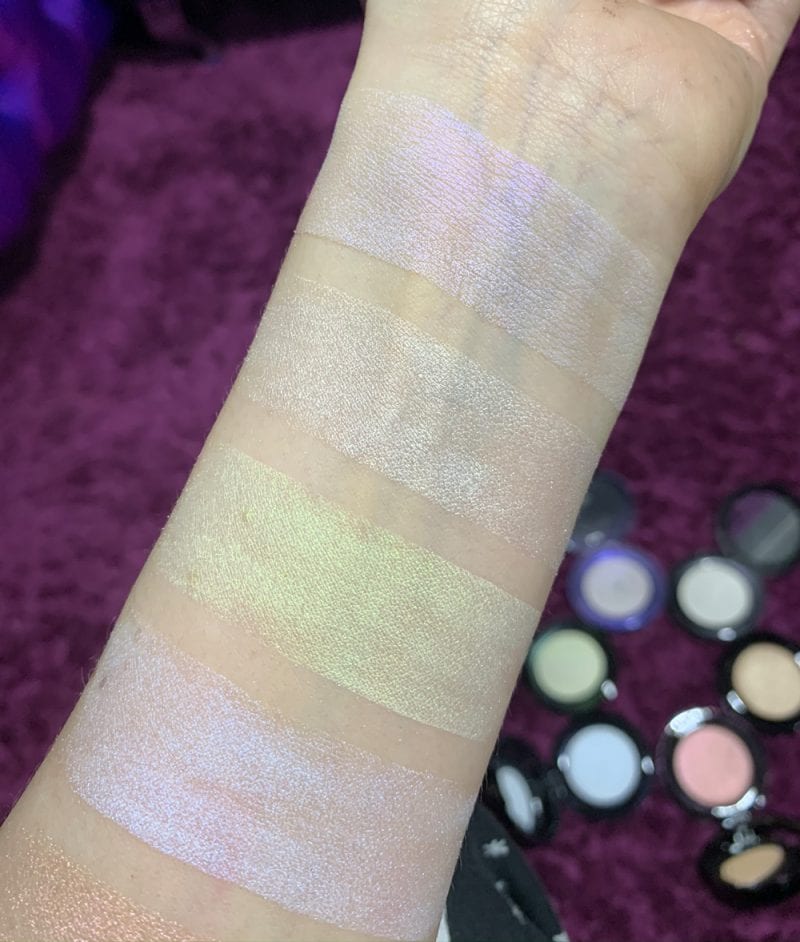 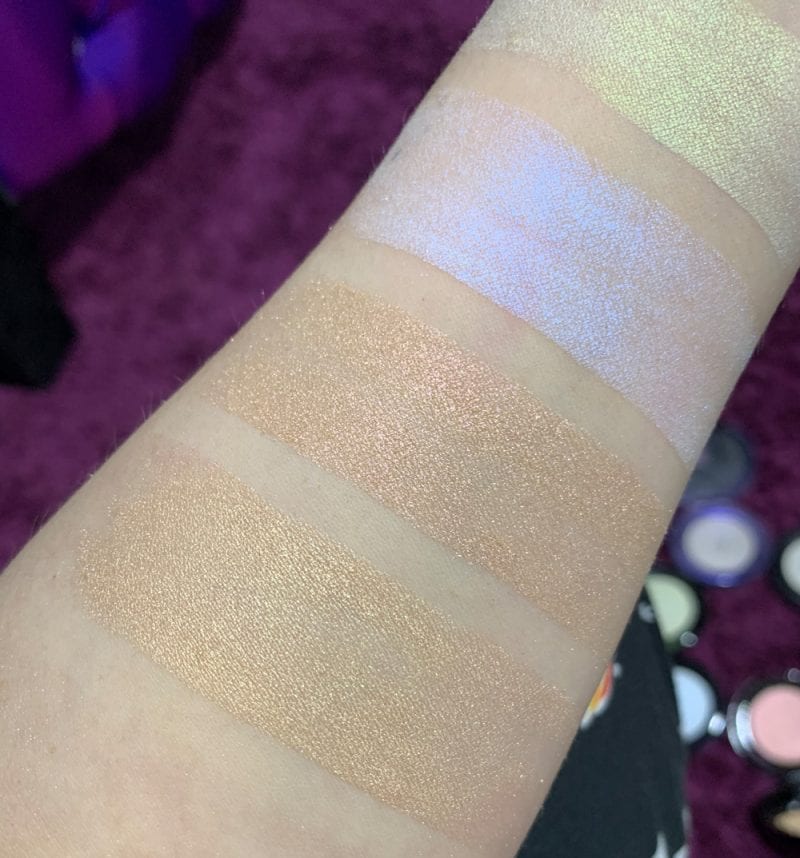 Here are up close swatches of the best gothic highlighters by Black Moon Cosmetics, swatched on my fair skin.

I wanted to share some photos of me wearing the best gothic highlighters: the Black Moon Cosmetics Moonlighters. Catshark was the only highlighter I brought to Scotland. It’s the one I wear the most. 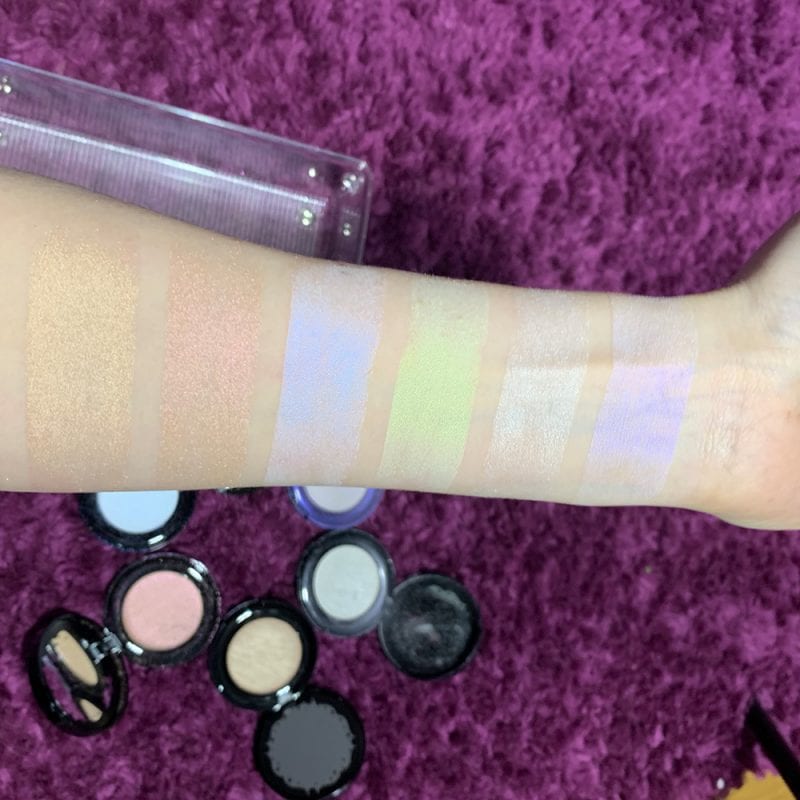 As I mentioned above, Black Moon Catshark is my favorite moonlighter and I’ve hit pan on it. It’s my daily wear highlighter because I’m purple obsessed. Jellyfish is an awesome otherworldly blue. Squid and Centipede are great for everyday ‘normal’ highlighter shades on all skintones. Glow Worm is perfect for when I want to channel my Green Goddess side. Shroom is a slightly different formula and on the chunky side. I typically use Shroom as a highlighting blush.