For those of you who don’t know, KL polish is the Youtuber KathleenLights’ nail polish brand. KL polish is cruelty free, 5 free (that means no formaldehyde, formaldehyde resin, camphor, dibutyl phthalate, and toluene), 7 free (no xylene and ethyl tosylamide) and 9 free (no parabens and acetone). They’re also currently 100% vegan.

Where to Buy
Exclusively at klpolish.com 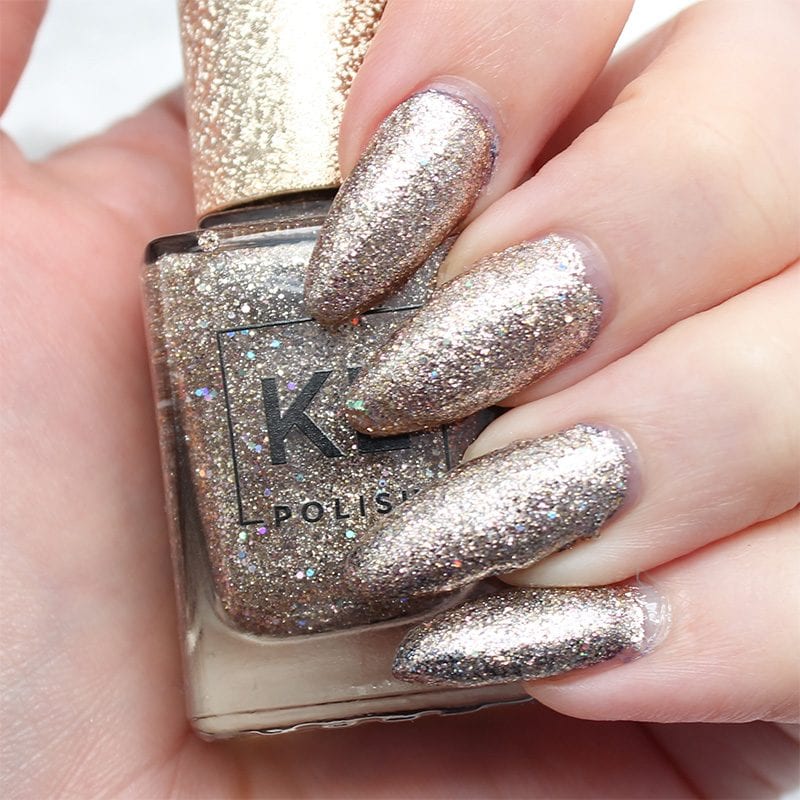 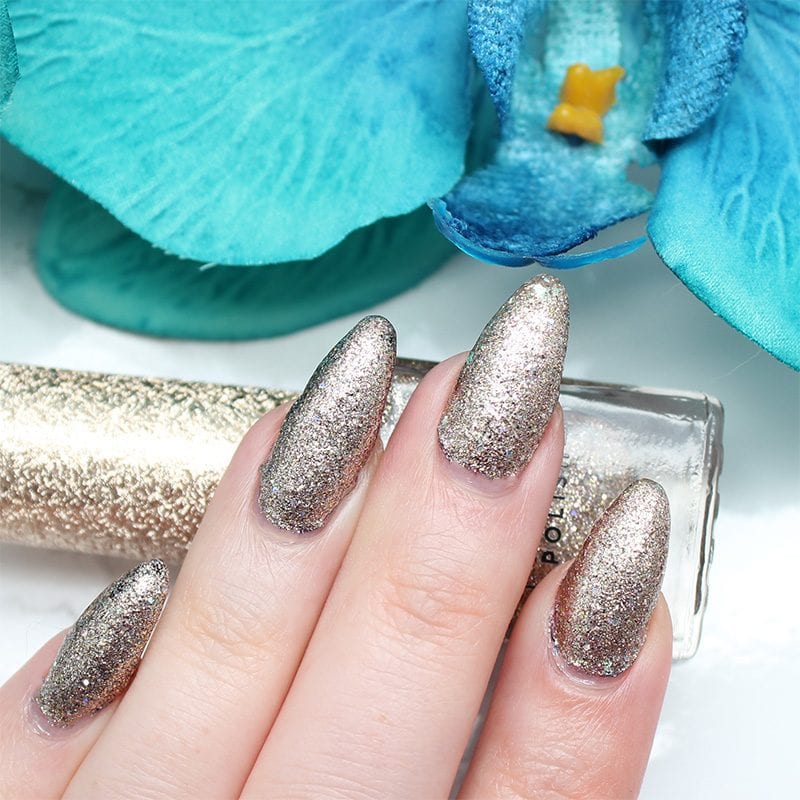 I’ve currently purchased 3 shades – Zoey (mauve creme), Gumption (navy creme), and Das Esspensive XXV. Each polish is $8.50 and shipping is $4.95. I found it interesting that I was charged Florida state tax ($.81) and a county tax ($.13) for a county I don’t live in. While KathleenLights is in South Florida, the nail polish shipped from Fairfield, Ohio. The first time I ordered, the nail polish shipped from Cypress, California.

The formula was on the thicker side but easy to work with because it doesn’t pool or run towards the cuticles. It stays where you put it. I really like the formula.

The pale gold glitter shade is very flattering on my skintone. When I look at swatched online on various skintones, it looks like it’s flattering on medium and deep skintones too. I feel like this sort of gold hue is flattering on almost everyone and works like a neutral. I have no regrets about picking it up. It’s lovely.

If you are a fan of golds, you will love this polish. So far it’s the only glitter in an otherwise cream lineup. If you love this color, you may want to grab it soon, as KathleenLights said it was almost out of stock in one of her recent videos.

Don’t forget to join me for a Facebook Live Chat in the Poise Chat Group at 7:30 pm EST tonight!

What do you think of KL Polish Das Esspensive XXV?