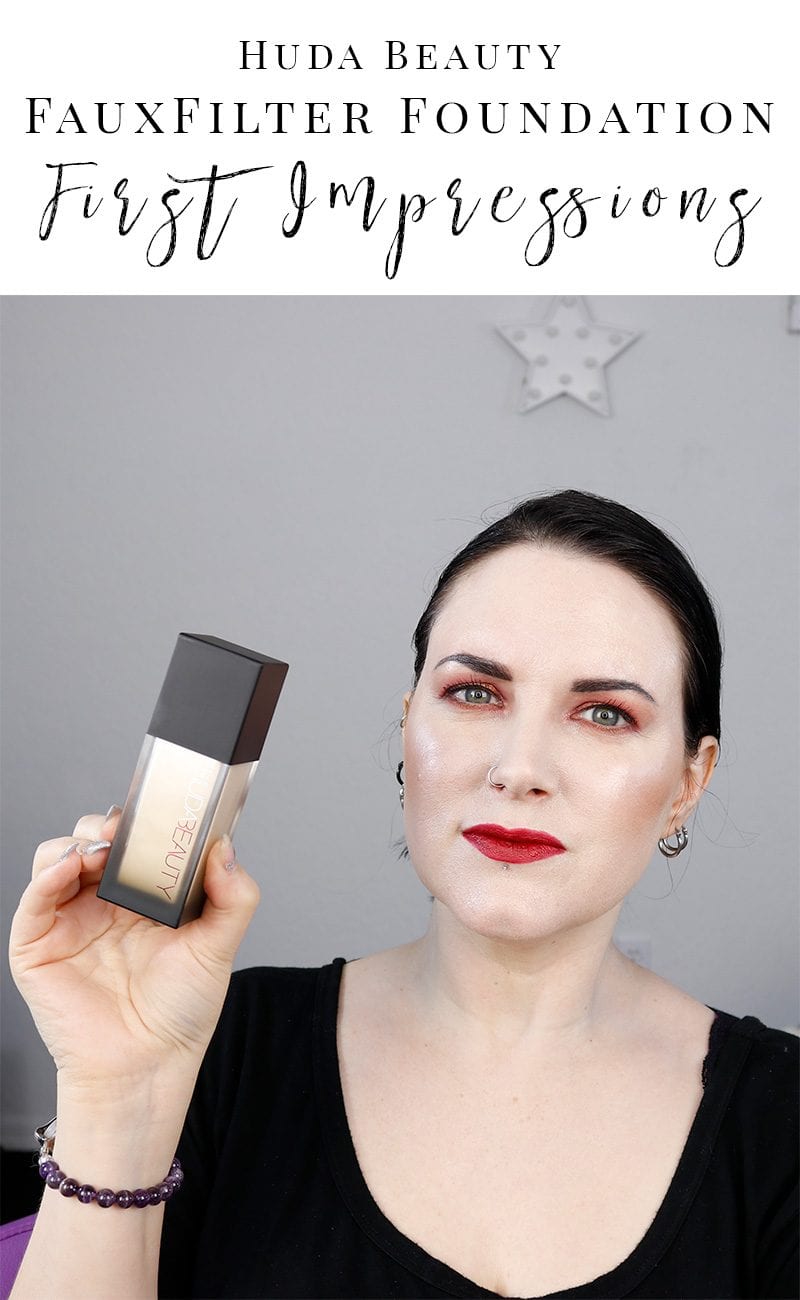 I wanted to share my first impressions of Huda Beauty FauxFilter Foundation in Milkshake with you. I bought this foundation from Sephora and received it in the mail yesterday. Those of you who follow me on Instagram saw my Instagram stories about the FauxFilter foundation. I also put up some swatches for you, too. 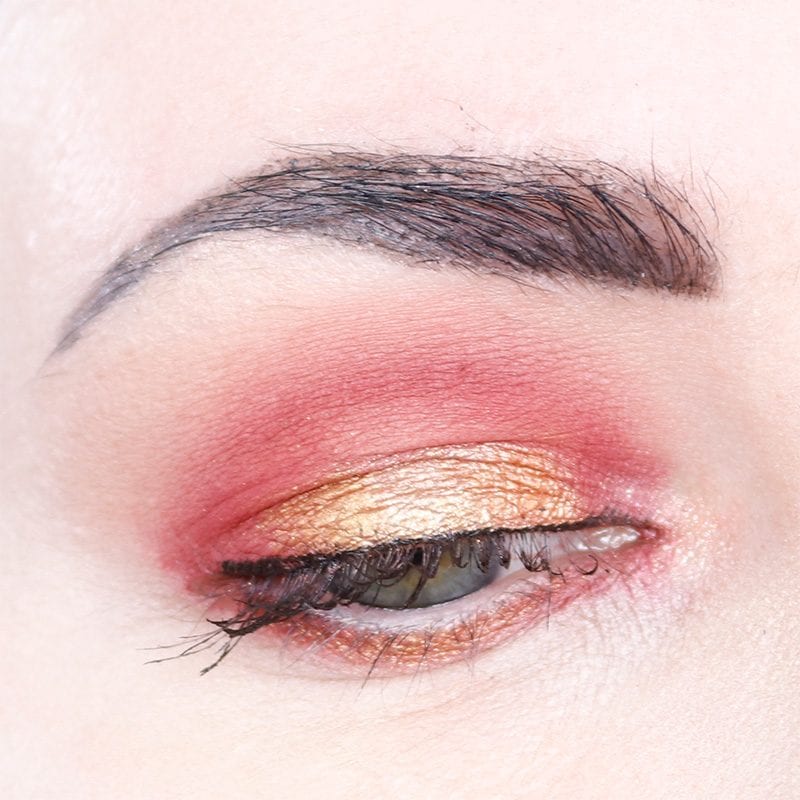 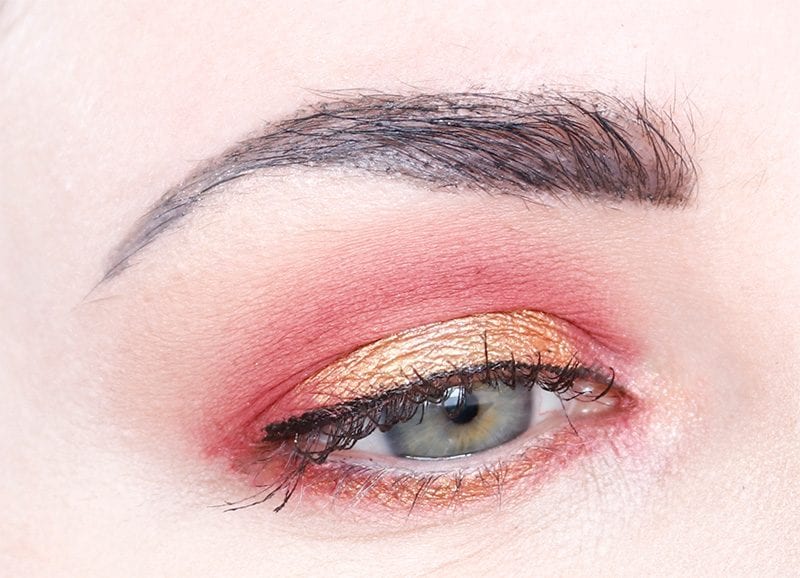 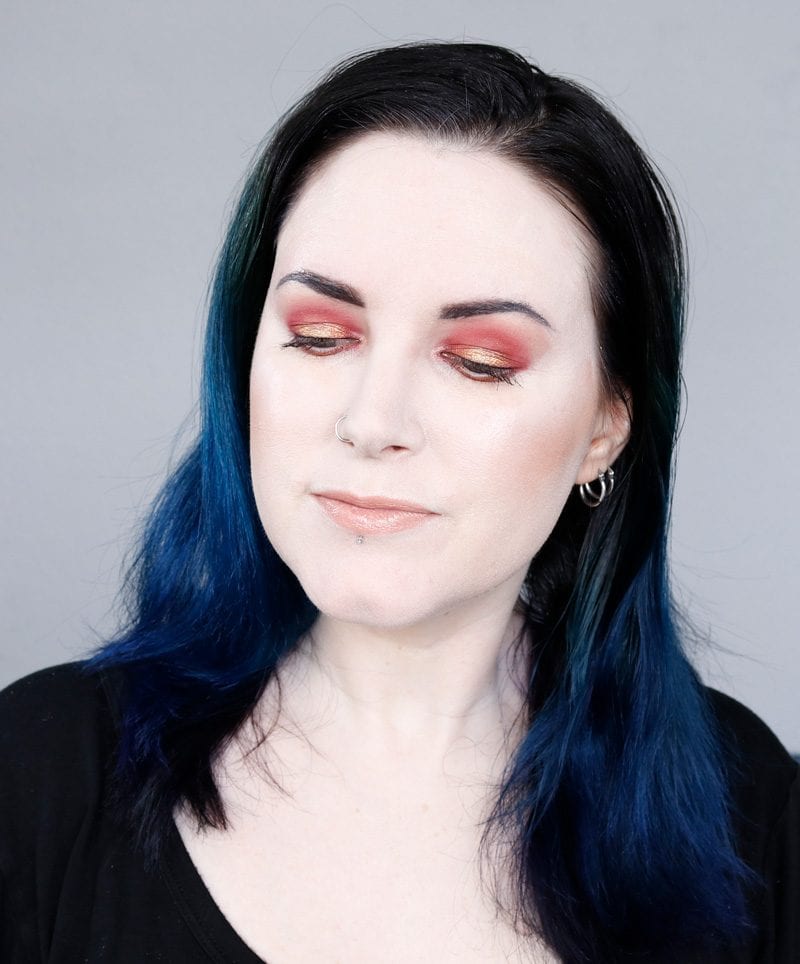 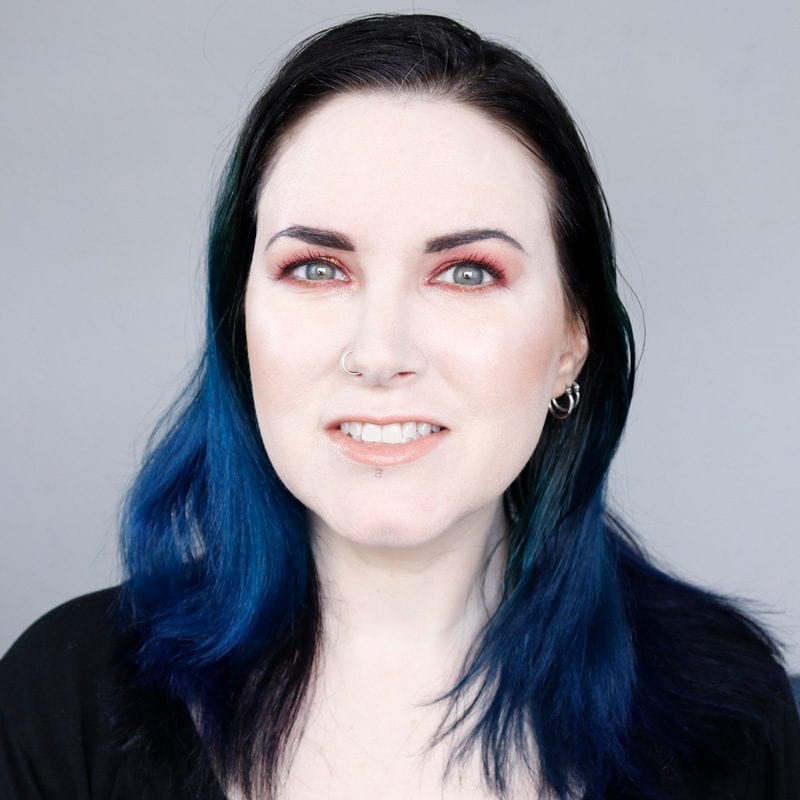 Immediately after application. No retouching. Combination of indirect daylight and studio lights. 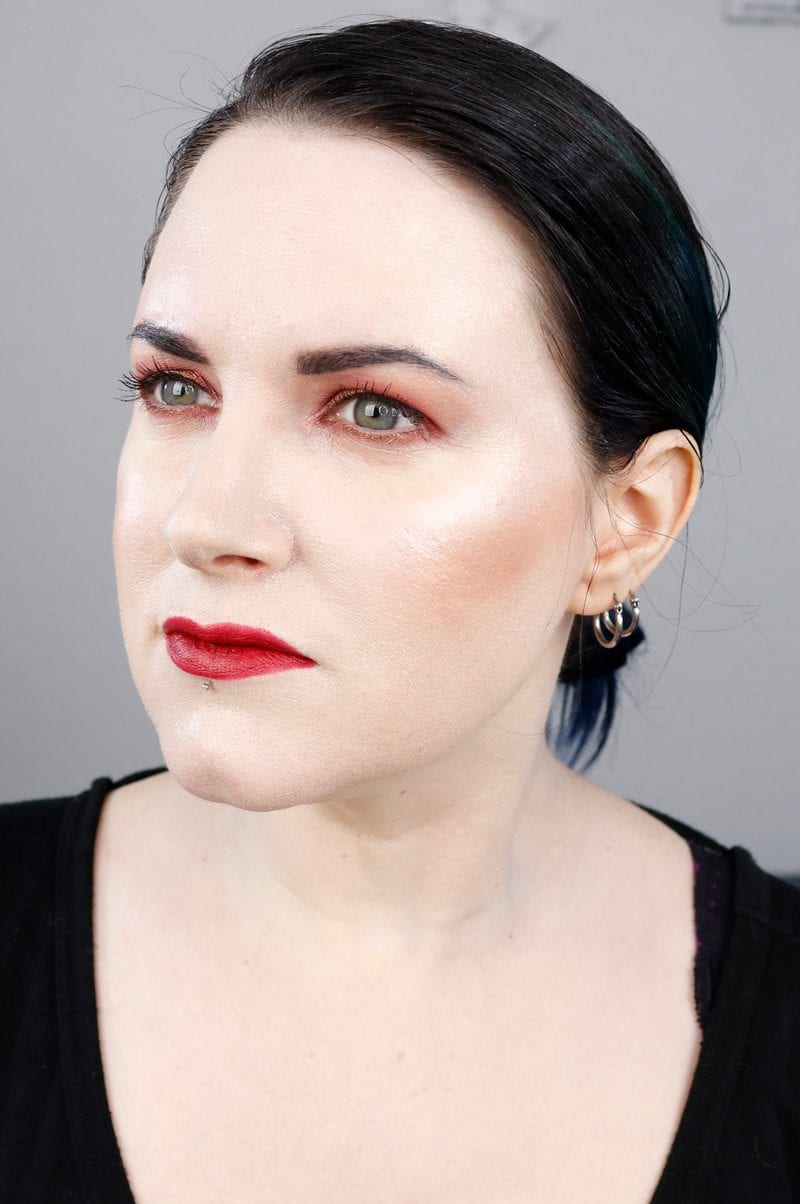 After 8 hours of wear.

I wanted to compare Huda Beauty FauxFilter Foundation in Milkshake to some of my other great foundation matches. I swatched it next to NARS Siberia (no longer cruelty free), Idun Minerals Jorunn, and Kat Von D Lock-It Foundation in L41 Neutral.

For those of you who are curious, Sephora’s ColorIQ system matches me to 1Y01.

I need to say that I really like the packaging for this foundation. It’s square and compact, making it easy to toss into a makeup bag.

I love the shade names, as they’re all named after food. Milkshake is such a cute name for a foundation shade! The deeper shades have names like Hot Fudge or Chocolate Truffle, while the lighter are named Angel Food and Crème Brulée. Medium skintones have names like Butter Pecan and Baklava. Huda Beauty FauxFilter Foundation has 30 shades in total.

Huda claims to have mixed all 30 shades herself over a 2 year period. She said they took into consideration things like having an olive complexion with golden undertone. She said it was a true labor of love. It sounds like it!

I’ll be testing the Huda Beauty FauxFilter Foundation over the next several days to see if the fragrance in it causes me to break out. As I mentioned in the video, the fragrance is quite strong and it lingers for at least an hour.