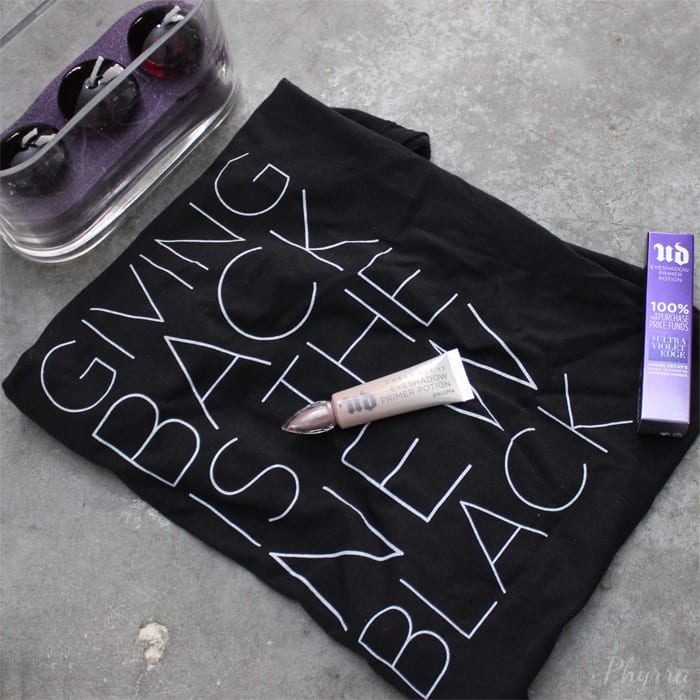 Urban Decay Gash and Enigma are two of the latest offerings from Urban Decay. UD is a rare gem of a company, from being Leaping Bunny Certified to offering vegan options, they’re also helping to empower women. With the Ultraviolet Edge, UD has partnered with Karen Sugar’s organization, the Woman’s Global Empowerment Fund. 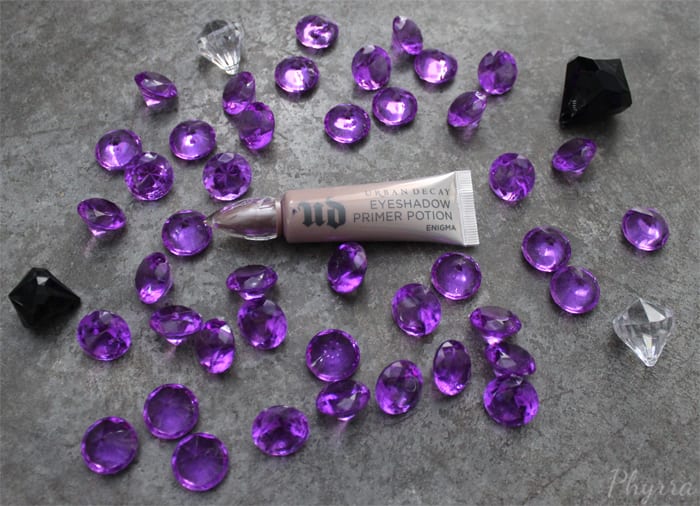 Urban Decay is donating 100% of the purchase price of Enigma, the new limited edition primer potion, to the Ultraviolet Edge. 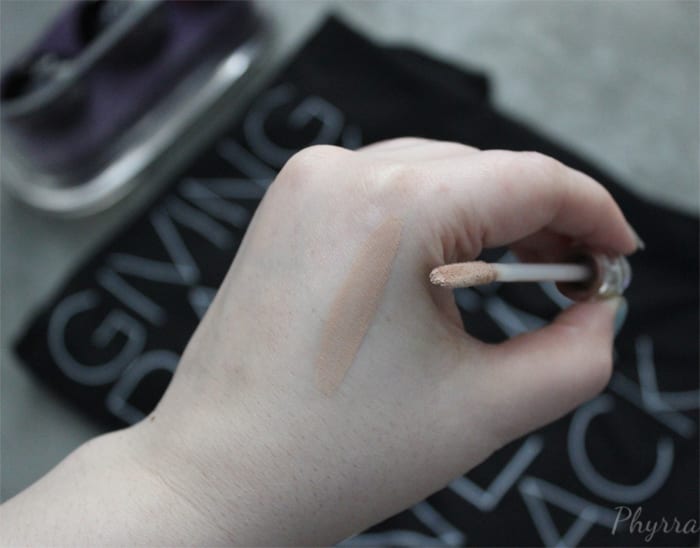 Urban Decay says that Enigma is paraben-free  and uses a space-age polymer technology to fill in any imperfections on the skin’s surface. You’ll still get 24 hour crease-free wear. The packaging is gorgeous. The cap is jewel-like and faceted. The updated packing has pretty ombré artwork.

Enigma is $20 and only available at UrbanDecay.com. 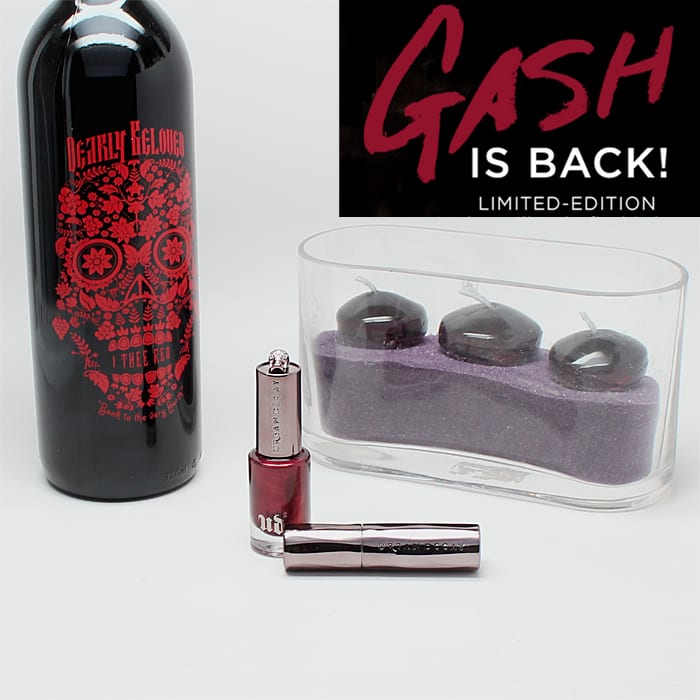 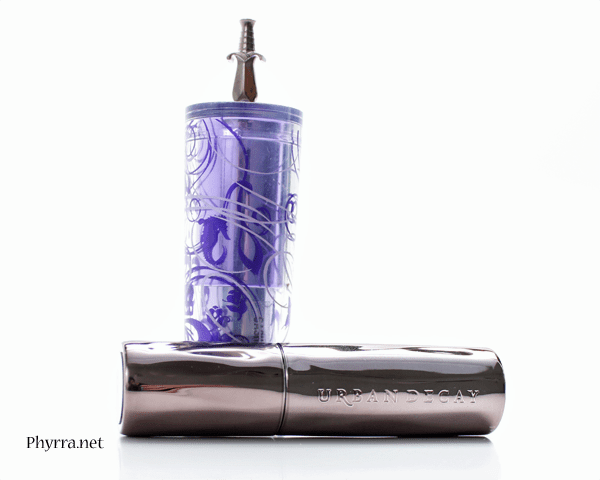 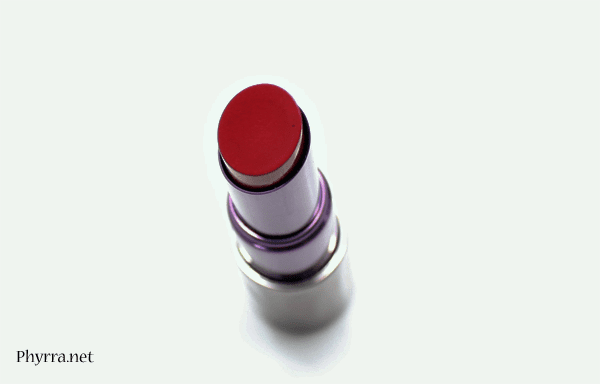 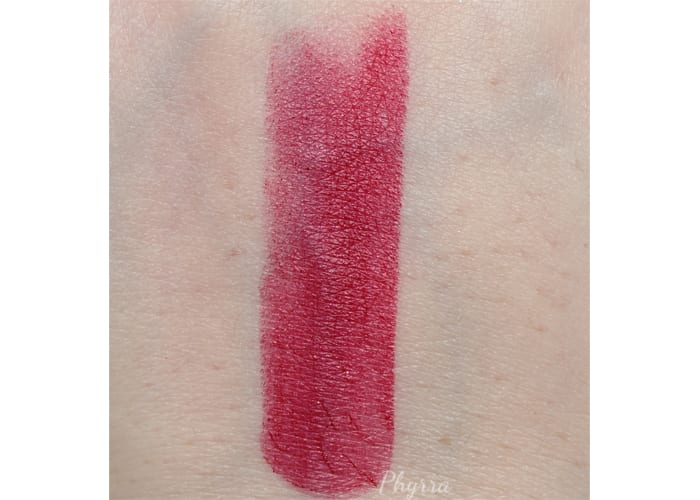 Gash lipstick is deep red with tonal shimmer. (see the old version of Gash vs. the new here.) 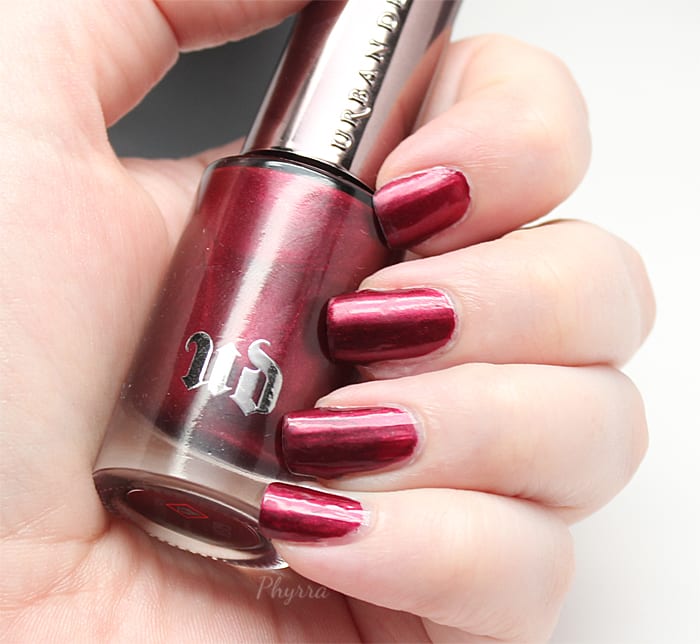 Urban Decay Gash nail color is $15 and lipstick is $22. Both are limited edition and exclusive to UrbanDecay.com.

Urban Decay has a few other limited edition shades you might want to snatch up. I recommend Aura, which is a dual eyeshadow. One side is iridescent white with a blue shift and the other is iridescent white with a red shift. There’s also South, a warm grey shimmer with silver micro-glitter. Both of these are from the LE Glinda palette inspired by Oz the Great and Powerful. See swatches here.

What do you think of these limited edition exclusive UD releases? See any must haves?