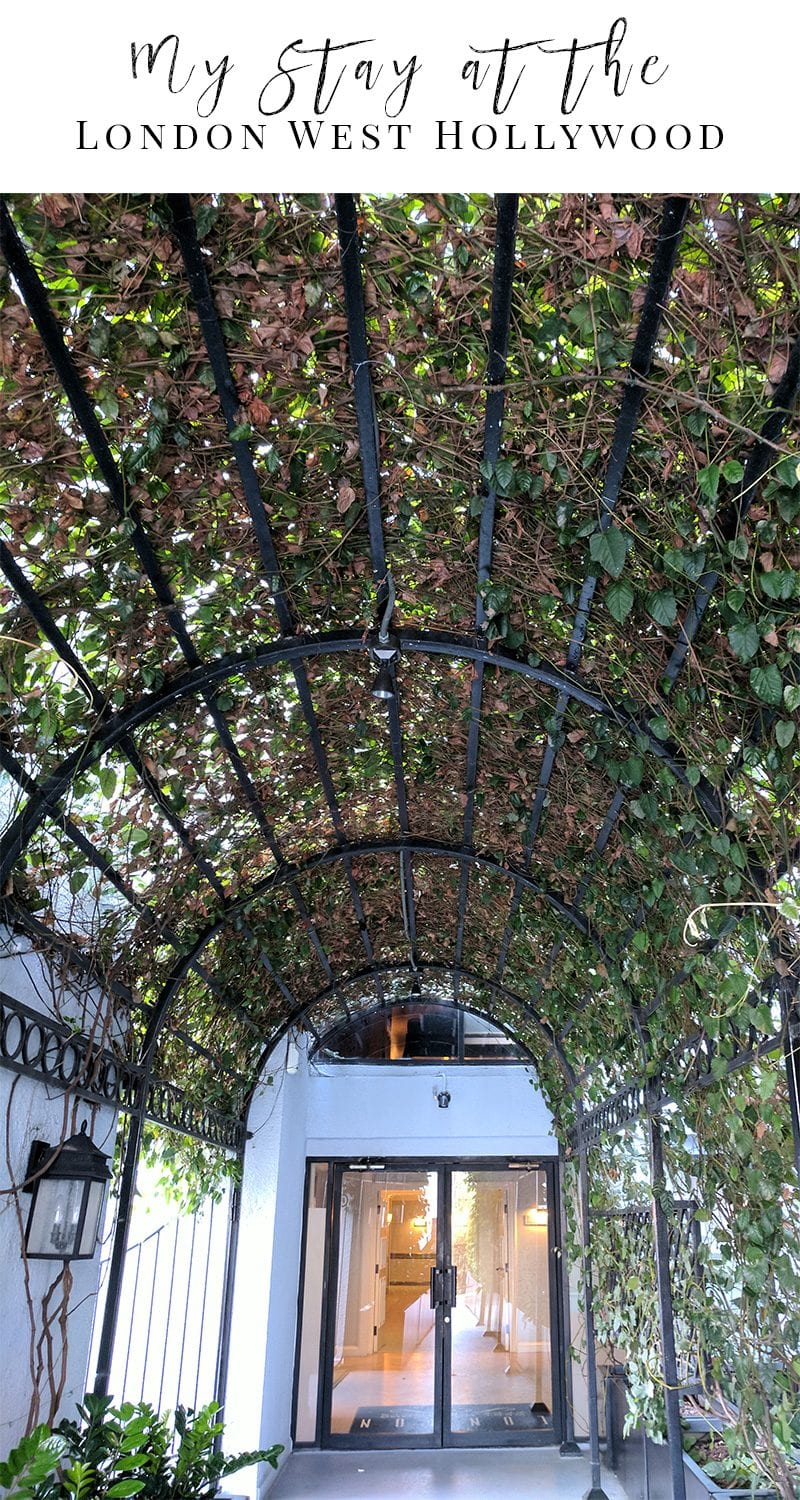 My Stay at the London West Hollywood Hotel

I wanted to share a bit about my stay at the London West Hollywood Hotel. As the name suggests, it’s located in the West Hollywood area of Los Angeles. It’s an oasis tucked away in the city. The London is a dog-friendly hotel, which made it a natural choice for the Urban Decay National Dog Day Event. Urban Decay put me up in a King Suite in the hotel.

It’s hard to beat the location of the London West Hollywood Hotel. It’s within a comfortable distance to anywhere you want to go in LA or the surrounding areas. I bounced between the hotel & Encino for this trip. My Lyft drivers had no issues finding the hotel or driving me around the area.

This is probably the largest hotel room I’ve ever stayed in when I’ve been in LA. I think it was larger than the hotel I was at in Las Vegas last month. The London West Hollywood Hotel has massive rooms! The bed was very comfortable. I really liked that they gave you pillows of varying degrees of firmness to accommodate different tastes. 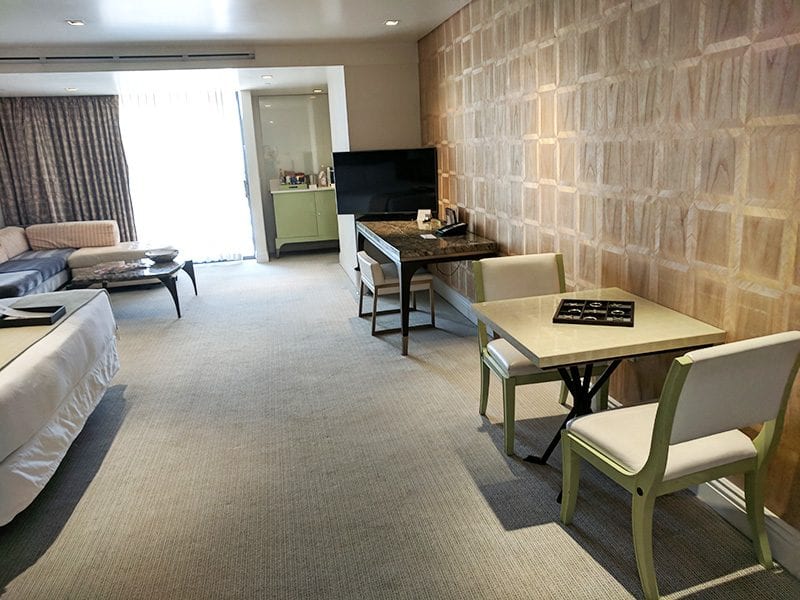 The London West Hollywood Hotel King Suite room has a two-seater table to have meals at. There’s also a big desk with a large tv. Unsurprisingly, I didn’t turn the tv on at all. 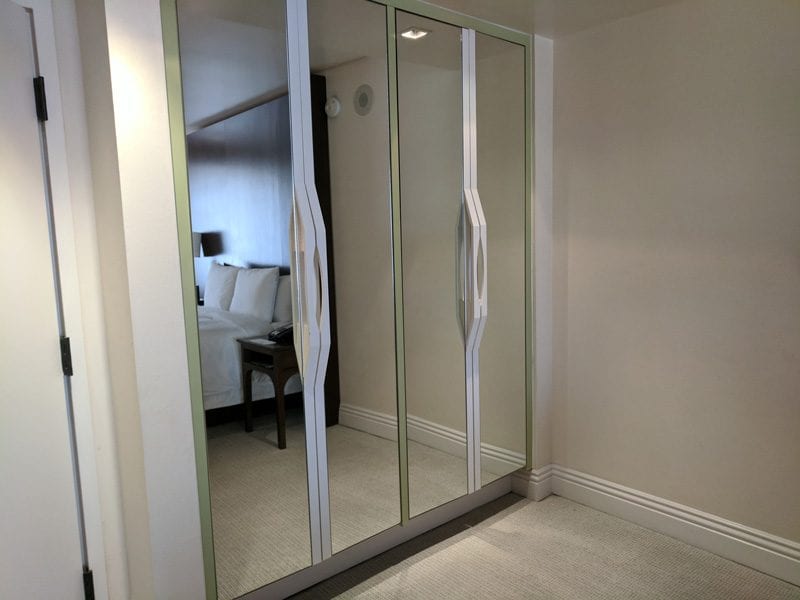 I loved the mirrored closet in the King Suite. The left side had room for my suitcase and all the clothes I wanted to hang up. The right side had a safe and drawers for anything I wanted to put into drawers. 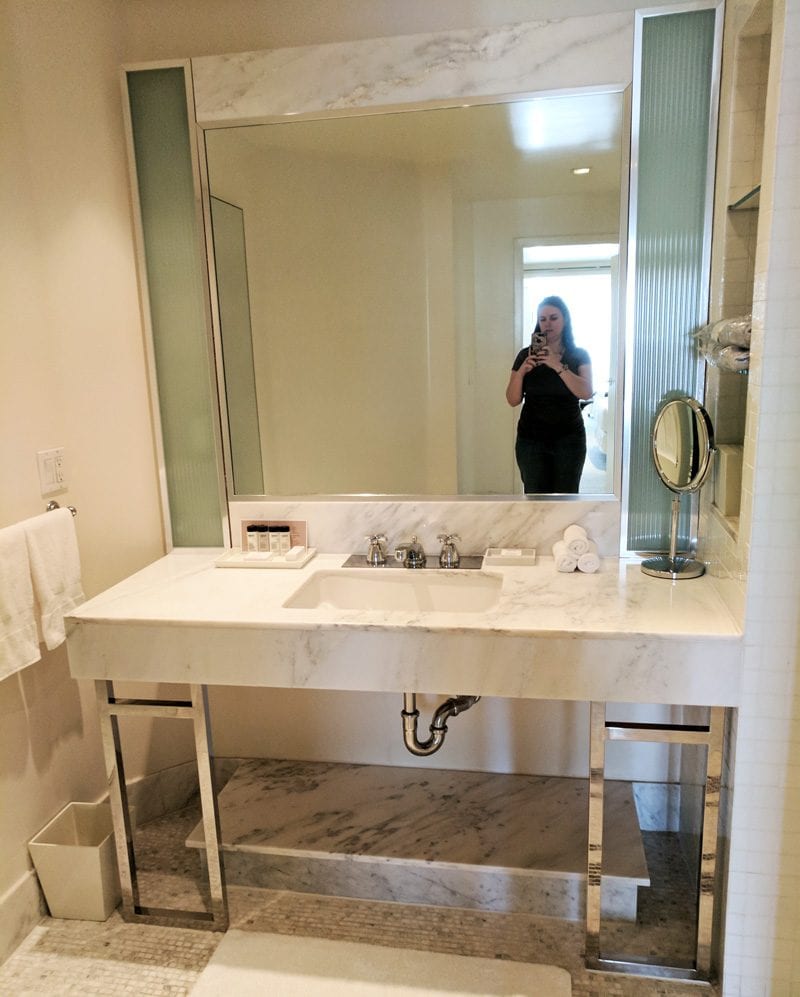 The bathroom in the hotel was a good size. This is the vanity. Unfortunately, the lighting in the bathroom wasn’t very good. Great layout and organization though! 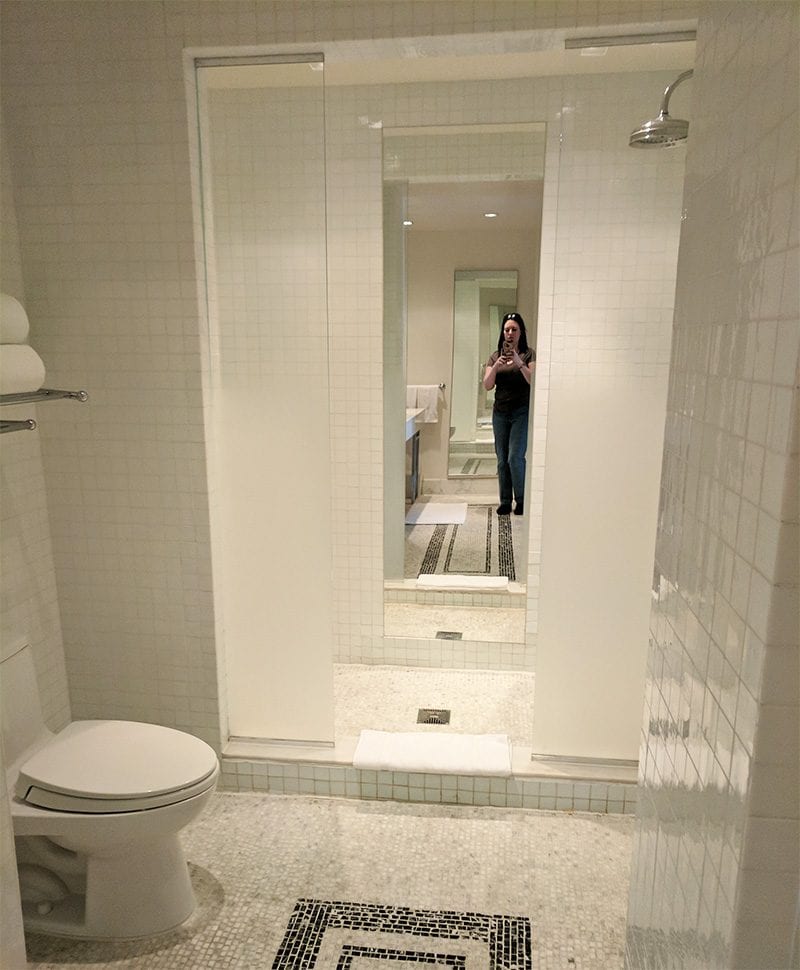 The shower was especially grand. There were 2 shower heads, one on each side of the shower, with a mirror in between. The shower head on the right was fantastic. 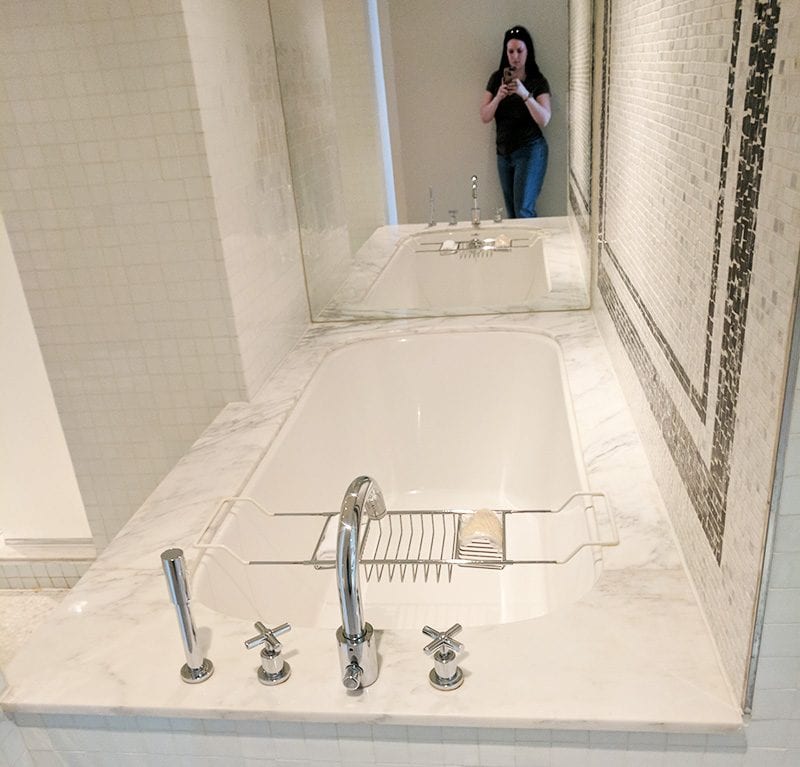 The bathtub in this hotel was truly massive. I wish I’d had the time to take a hot bath. 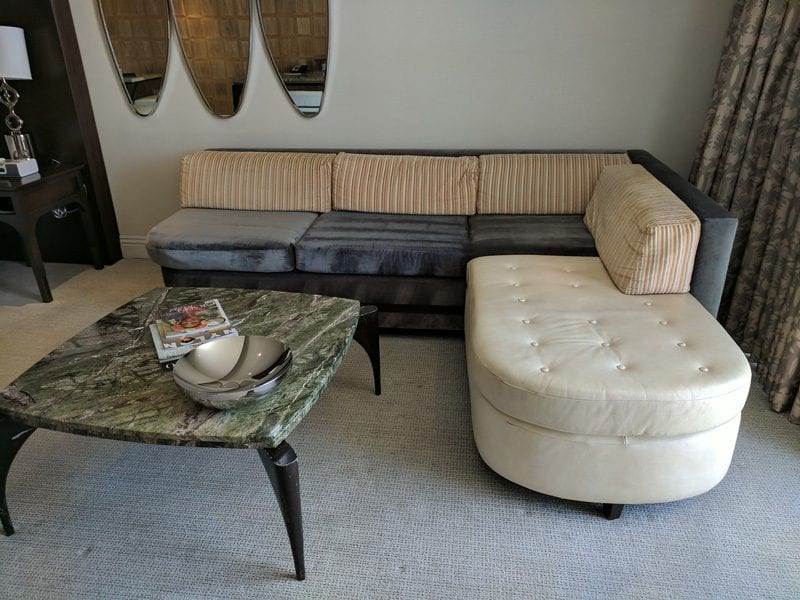 The sofa in the London West Hollywood Hotel room was large enough to have a few friends sit on and chat. It was very comfortable to curl up and read a book while sitting on it. 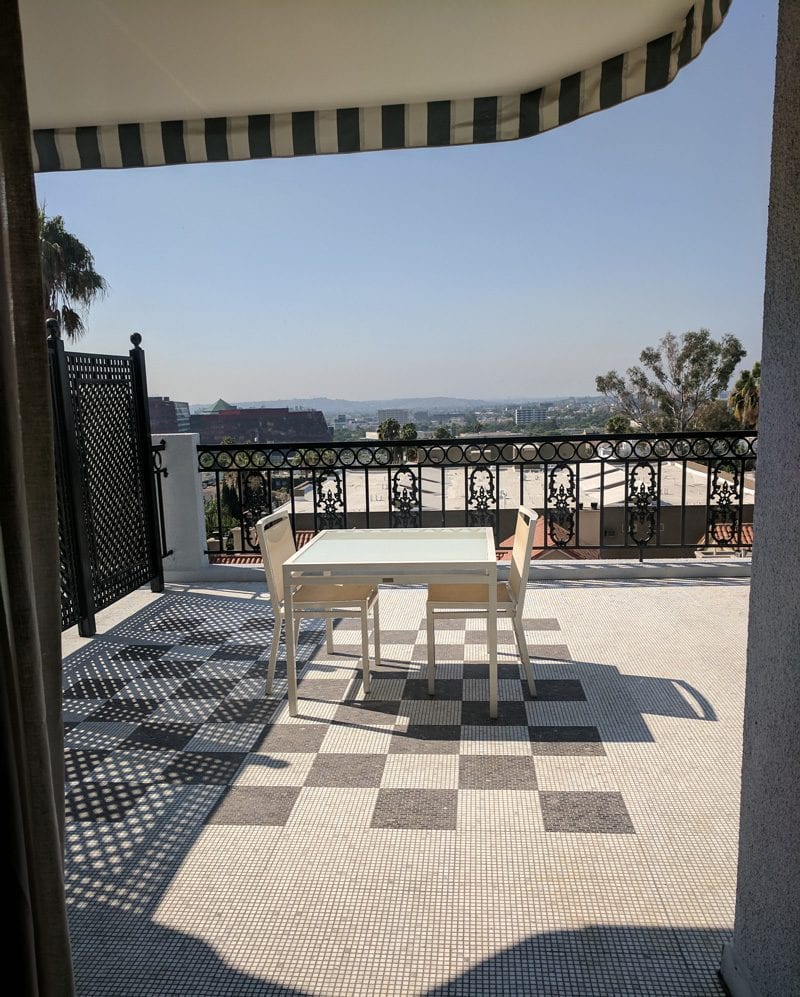 I had a rather large balcony if I wanted to go outside.

This was a cool archway on the 3rd floor of the London West Hollywood Hotel. It was the archway we walked through to get to the Urban Decay National Dog Day Event. 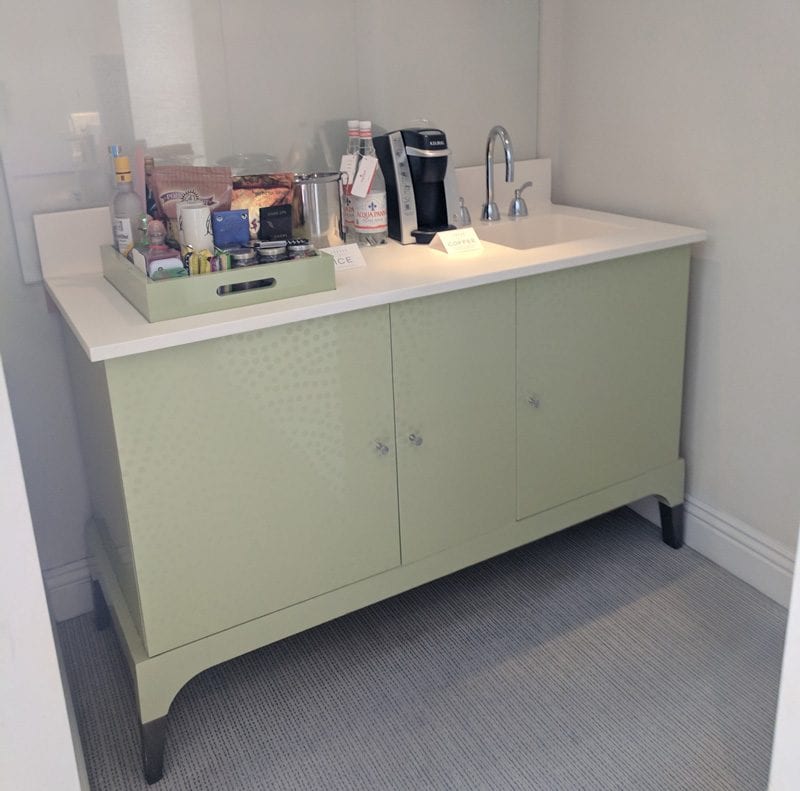 The only place in the whole hotel room that looked a little dated was this wet bar / snack area. It was tucked in the corner, out of the way.

I did find the elevator of the hotel to be a little annoying. You had to insert your key, wait for it to flash green, then press your floor. My key kept not wanting to flash green (I’d have to insert it 2 or 3 times), so that was a pain. 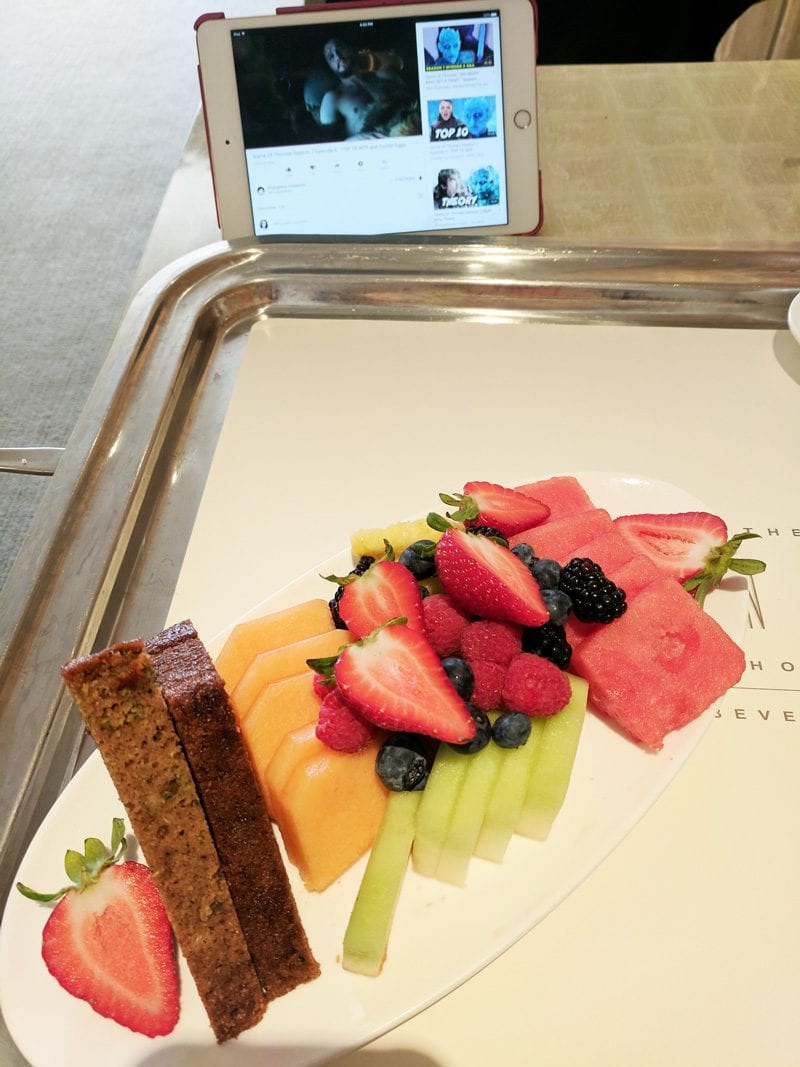 While I don’t usually watch tv in a hotel room, I definitely use my ipad. I watched some Game of Thrones theory channels and enjoyed room service. This was the excellent fruit platter the London West Hollywood Hotel has. They also have good sushi and delicious breakfast.

The London West Hollywood Hotel staff was very helpful the entire time I was there. I had a friend have an incident at the hotel, and the hotel was able to solve the problem without any issues. They are exceptionally friendly and do their best to make your stay a positive experience. There was a gym on the premises. Also, wifi was included with the hotel, which I always appreciate.

If you’re looking for a hidden gem of a hotel in Los Angeles that’s quiet, this might be the perfect choice for you. It was exactly what I needed.