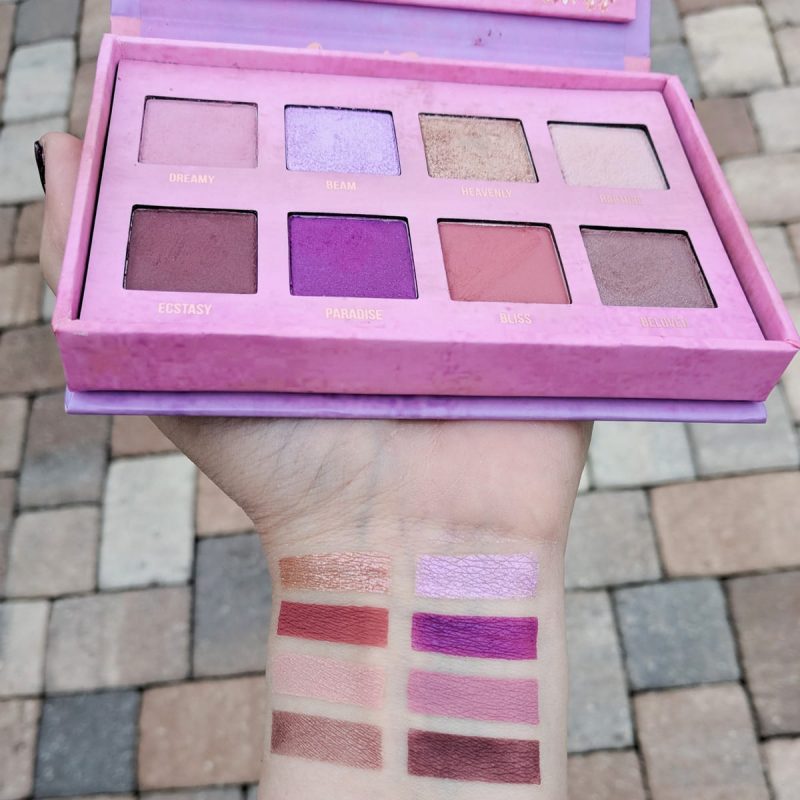 Today I’m sharing a Lime Crime Venus III Tutorial. I’ve been watching a lot of hooded eye makeup tutorials lately and one of the best tutorials I’ve come across so far was a hooded eye tutorial by Wayne Goss. I used his technique to create this eye look. This has been my go-to eyeshadow placement lately. No matter what brand I use, I’ve been practicing this technique over and over.

The Lime Crime Venus III palette is cruelty-free and vegan.

1. With a precision brush, apply Ecstasy to the lower lid. If you have hooded eyes that have a fold of skin over the outer corner like me, extend the edge of Ecstasy just past that fold. I used a Wayne Goss brush.

2. Using a slightly larger precision brush, bring Ecstasy from the outer corner up through the outer half of the crease. Softly blend Ecstasy inwards and upwards. I used a Wayne Goss brush.

3. Still working with the slightly larger precision brush, apply more Ecstasy to the outer corner of the lid, and continue to blend it upwards into the crease, fading the color as work towards the inner crease.

4. Use a Sigma E25 (or another fluffy blending brush) to blend along the lower lid, then blend the outer lid and crease. Use very light pressure and blend in tiny circles at the outer lid. When blending in the crease, use a windshield wiper motion and light pressure.

5. Using the same brush, apply another thin layer of Ecstasy to the outer lid and crease, blending in tiny little circles. I used the Sigma E25.

6. With a clean blending brush, blend out the edges of Ecstasy with Dreamy, creating tiny little circles with your brush. I used a Wayne Goss brush.

7. Use a skintone shade matte to further blend out the edges of Dreamy under the eyebrow. I used the Kat Von D Shade+Light Eye brush and the Viseart Cool Mattes 2 palette.

8. With a big fluffy brush, apply another wash of Ecstasy to the crease and outer lid. I used the real techniques multi-tasking eye brush.

9. Using a tiny fluffy brush, apply a blackened plum to the outer v to add definition. I used the Sigma E36 brush and Melt Meanstreak eyeshadow.

10. Use the big fluffy brush to blend out the blackened plum shade.

11. Use the Kat Von D Lash Liner Liquid Inner Eyeliner on the upper waterline. I find it’s best to apply this in a thin layer and to try not to blink. I do about 1/4 of the lash line at a time. You can also just use a regular black pencil if you prefer.

12. Apply Heavenly to the lid and inner v with the Urban Decay Moondust Brush or your finger tip. I find it works best for me to apply Heavenly with the brush first, then go back with my finger tip to pat it on the lid.

13. Using a stiff smudge brush, highlight under the outer 2/3 of the eyebrow as well as at the inner v, with Black Moon Catshark.

14. Line the waterline with an eye brightening pencil. I used Sigma Final Touch. Apply mascara. You can apply false lashes if you prefer.

15. Use a clean big fluffy blending brush to softly go over everything and make sure the color is blended out smoothly. The bdellium 787 is perfect for this. 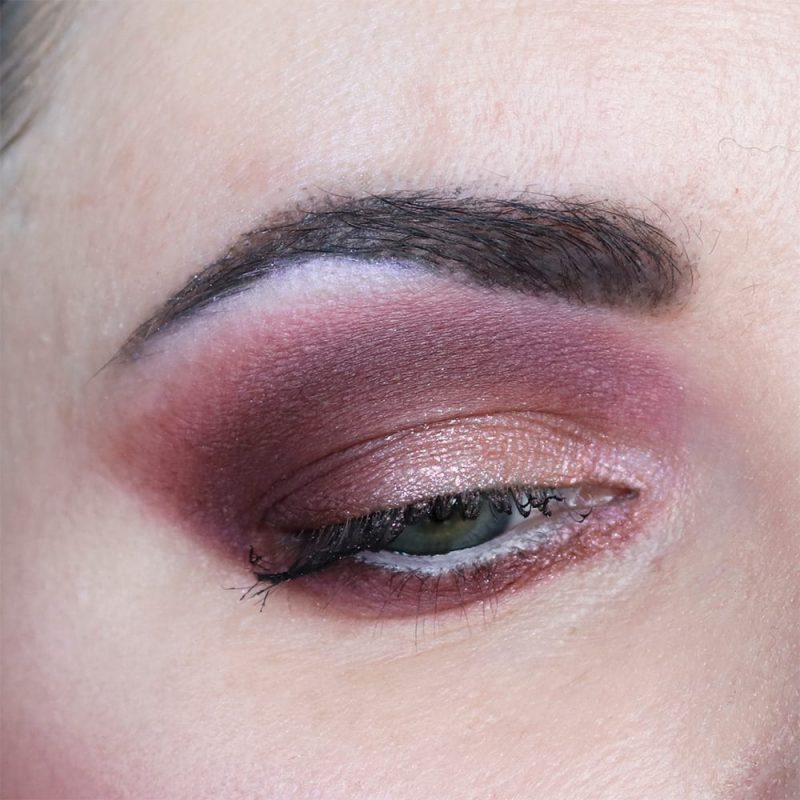 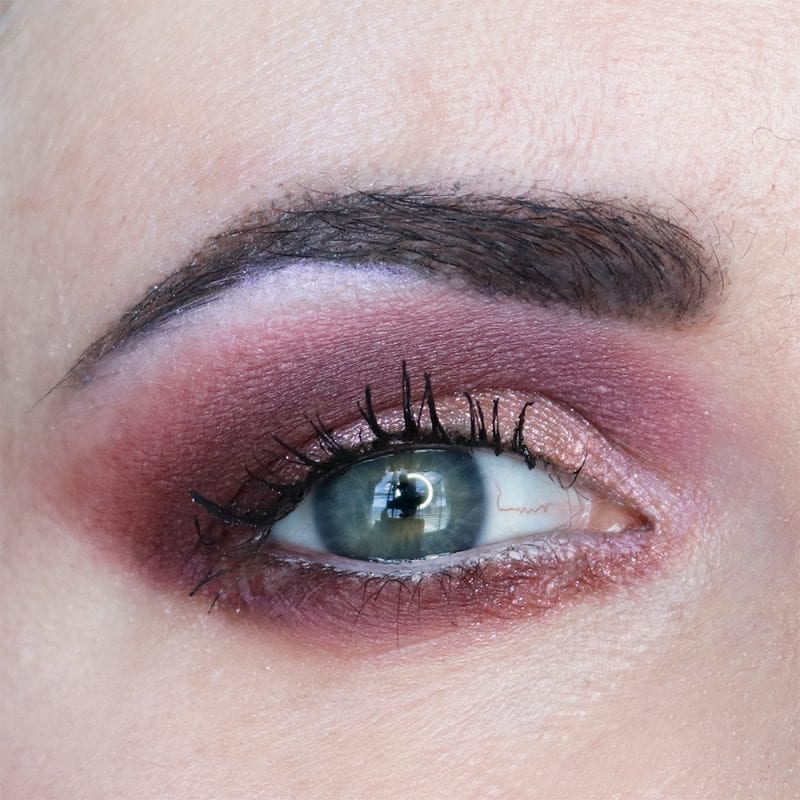 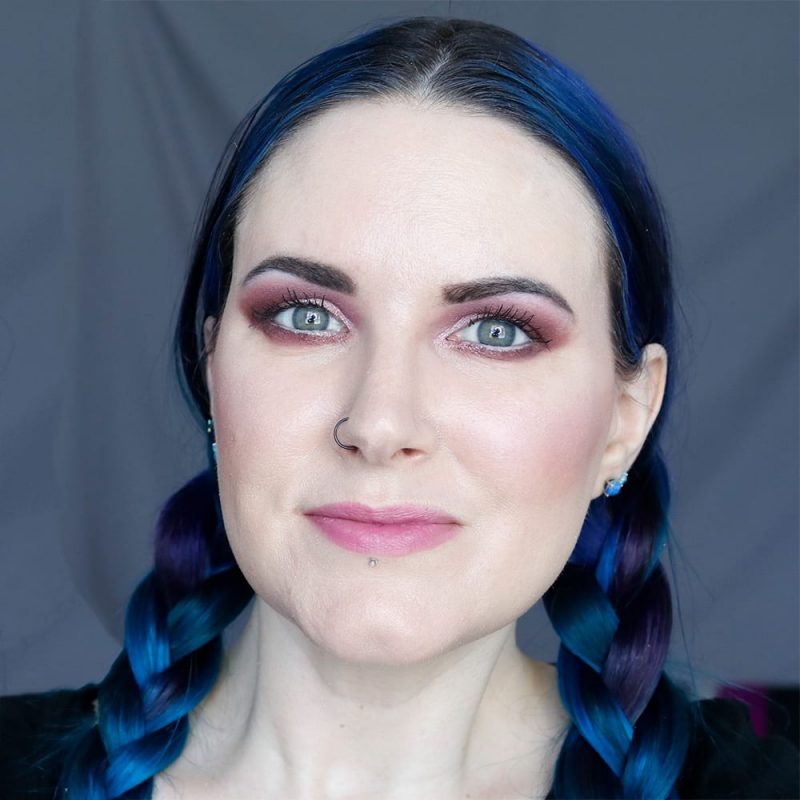 Let me know what you think of this tutorial format!