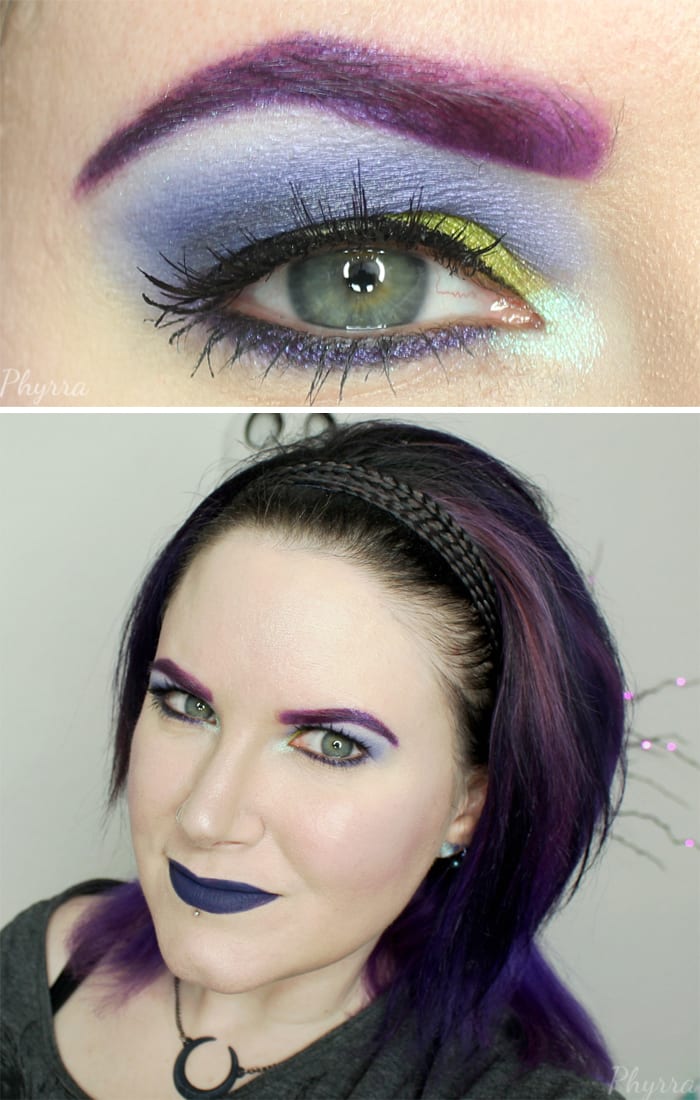 I played around with the new Metal Crush eyeshadows to create this Kat Von D Danzig Electric Warrior Look. These colors are so pretty! They apply easily. By the end of 8 hours I had no creasing from the shades I wore.

This post contains a mix of press samples and products purchased by me. 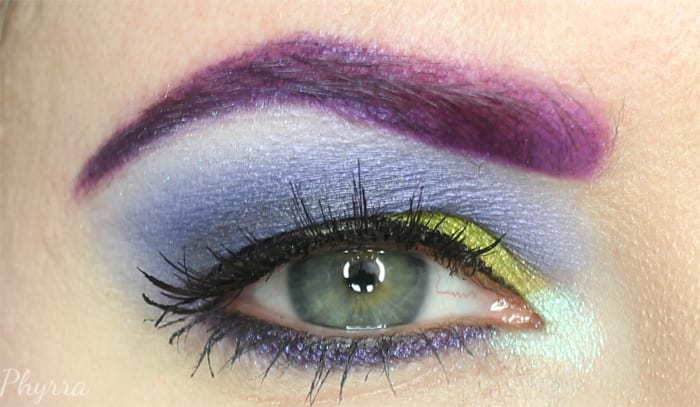 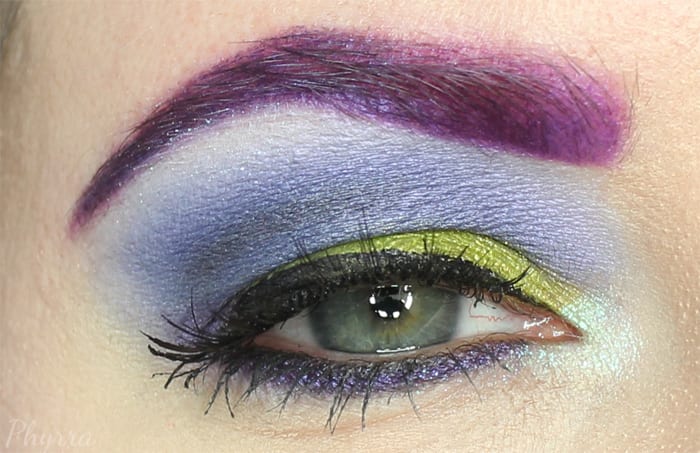 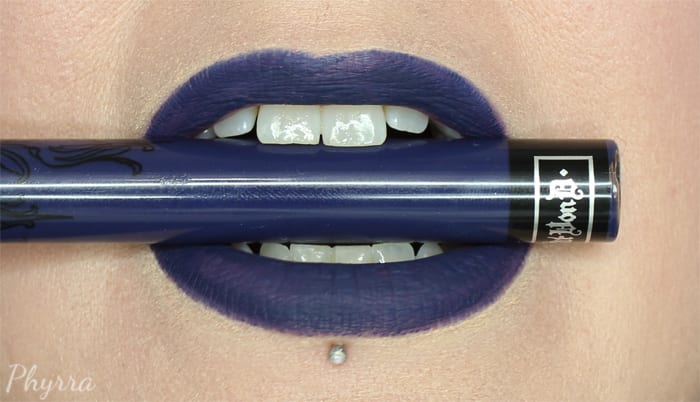 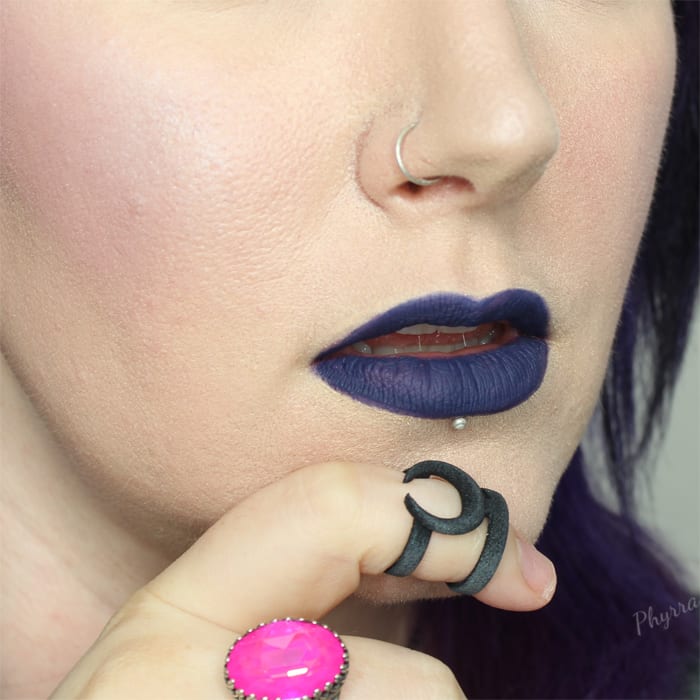 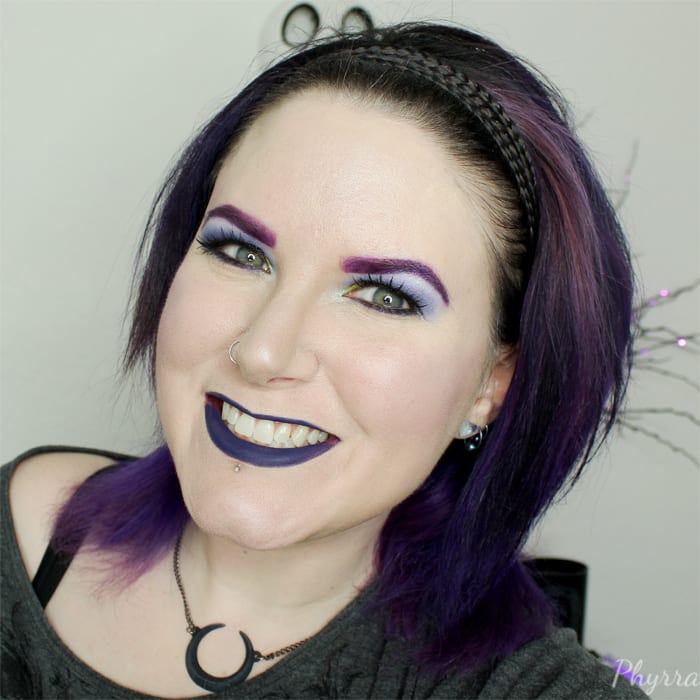 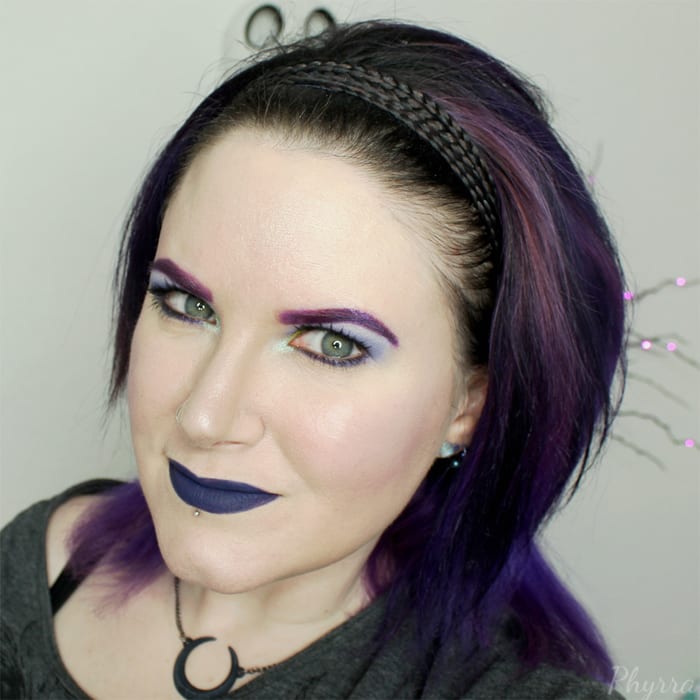 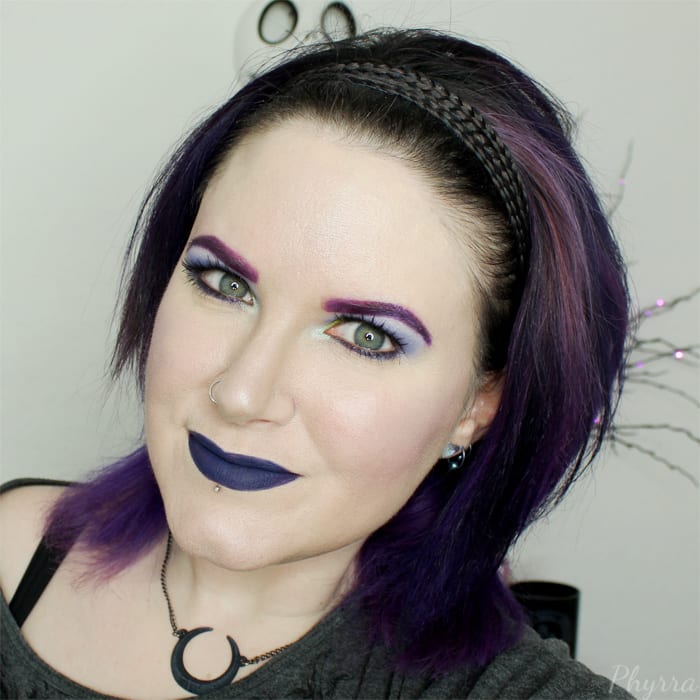 Dave says that this is his favorite foundation combination on me to date. He claims in person my skin looks poreless. He said it was freaky but he liked it. I applied the Cover FX Illuminating Primer first. After that set, I mixed Tarte Finishing Powder in Fair with MAC Lightscape, and used my Cover FX Big Powder Brush to pat that all over my face (I made sure to tap off the excess). Then I mixed Buxom Tickle the Ivory with Cover FX CCDs in N10 on the back of my hand. With a damp beauty blender, I sparingly applied it to my face. I used Urban Decay Naked Skin concealer under my eyes. I contoured my cheeks with OCC John Doe. I used OCC Miriam for my blush. I went crazy with Notoriously Morbid Osteomancy highlighter.

I’m very happy with KVD Echo. It’s everything I wanted in a dark blue lipstick. It doesn’t look black, it’s very obviously dark blue with purple undertones. I think it looks pretty cool with my hair.

Yes, I’m still hooked on my Katy Perry lashes. I didn’t strictly fit with what’s supposed to be flattering for my hooded eyes with my eyeshadow in this look but I’m still pretty happy with the colors.

What do you think of the new KVD products now that you’ve seen them in action? Check back later today for my video featuring all of my Metal Crush eyeshadows and liquid lipsticks!