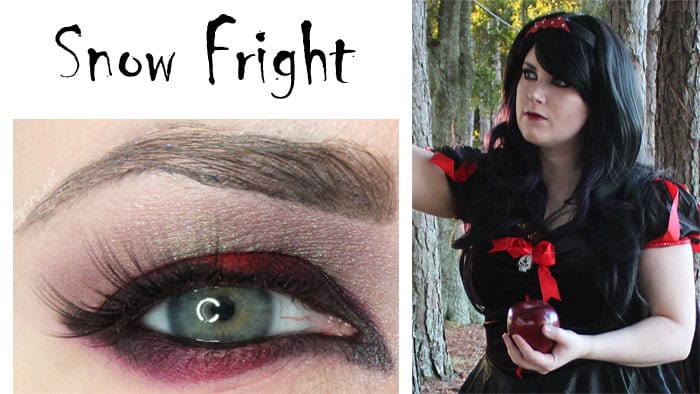 On the eve of All Hallows’ Eve I have a Halloween Snow Fright tutorial to share with you. I’ve wanted to do a gothic Snow White all year. While I love my eyeshadow, I’m not fully happy with my lashes or my outfit. I had an allergic reaction to the costume I wore (even though I hand washed it before I wore it. It gave me hives on my neck, chest and torso. No good!

My costume was black with red accents. My wig is black with purple accents, so I used a purple pettiecoat under my costume. You can see these colors echoed in my eyeshadow.

Also, I can’t get Ray to take a good picture of me, though he tries! I really need to get a remote control for my DSLR and try that with a tripod. Though to be fair, I hated all the pictures I took of myself for this look. 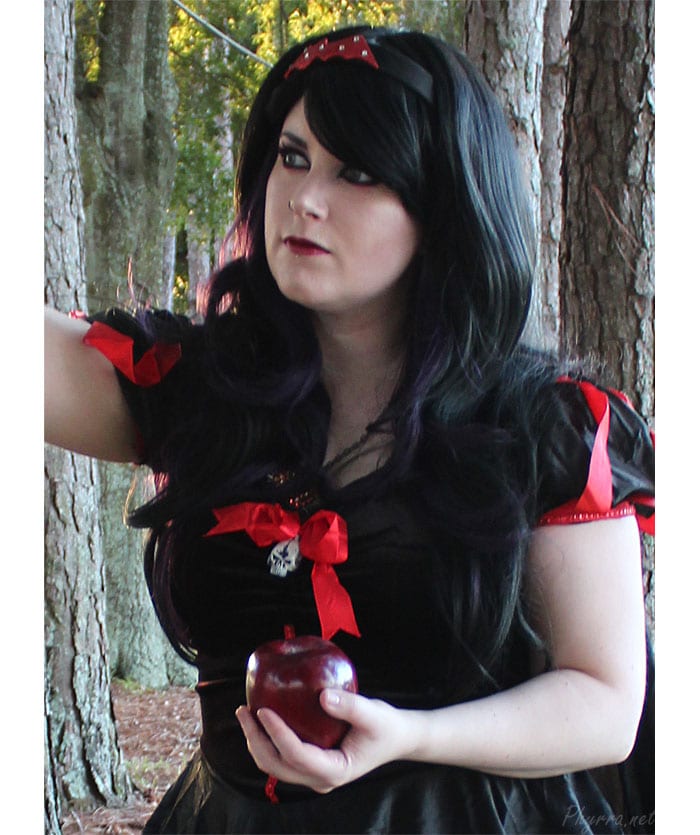 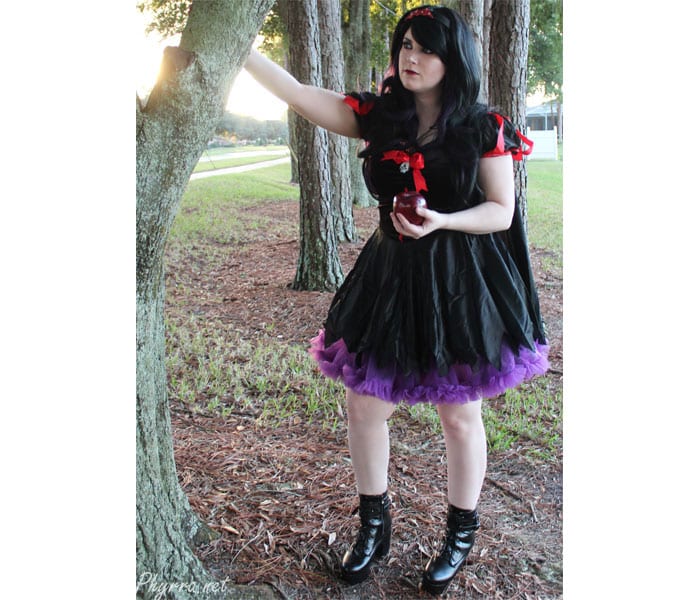 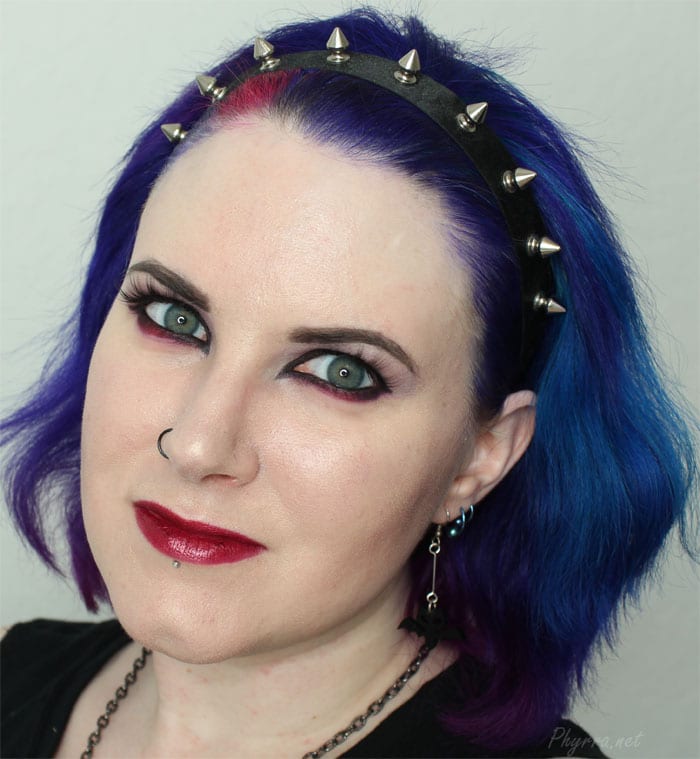 I did take one picture without the wig. You can see that despite being in a wig cap, my hair is still slightly wavy from the deep waver I used. It has a lot more volume than I normally have. 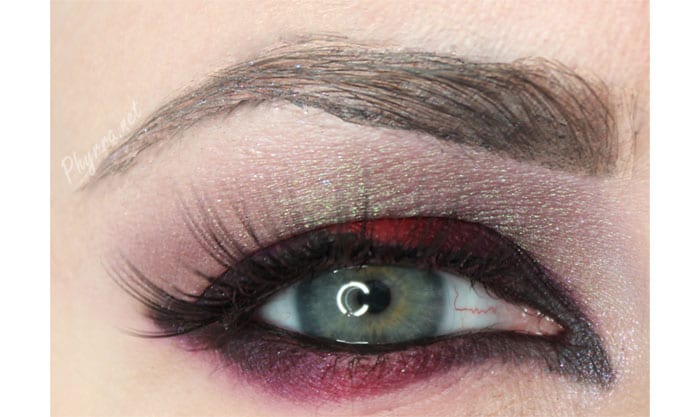 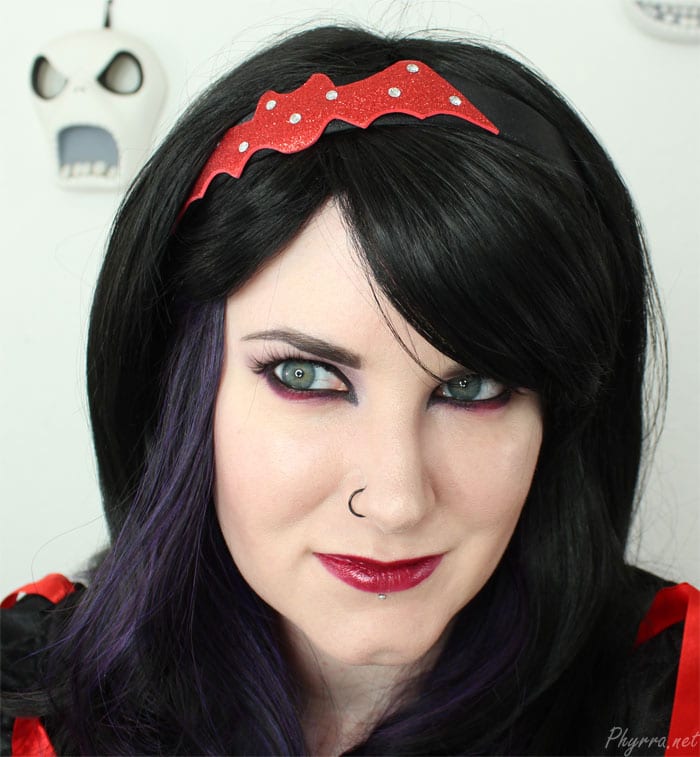 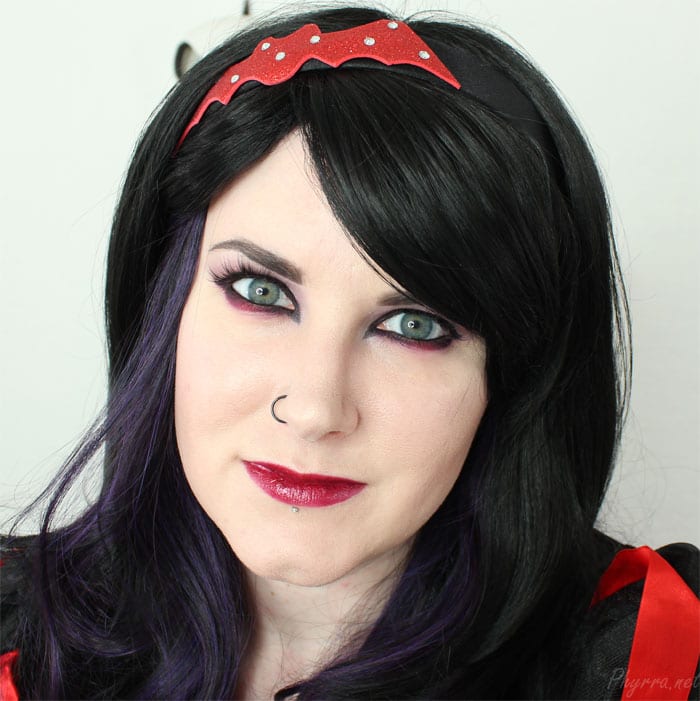