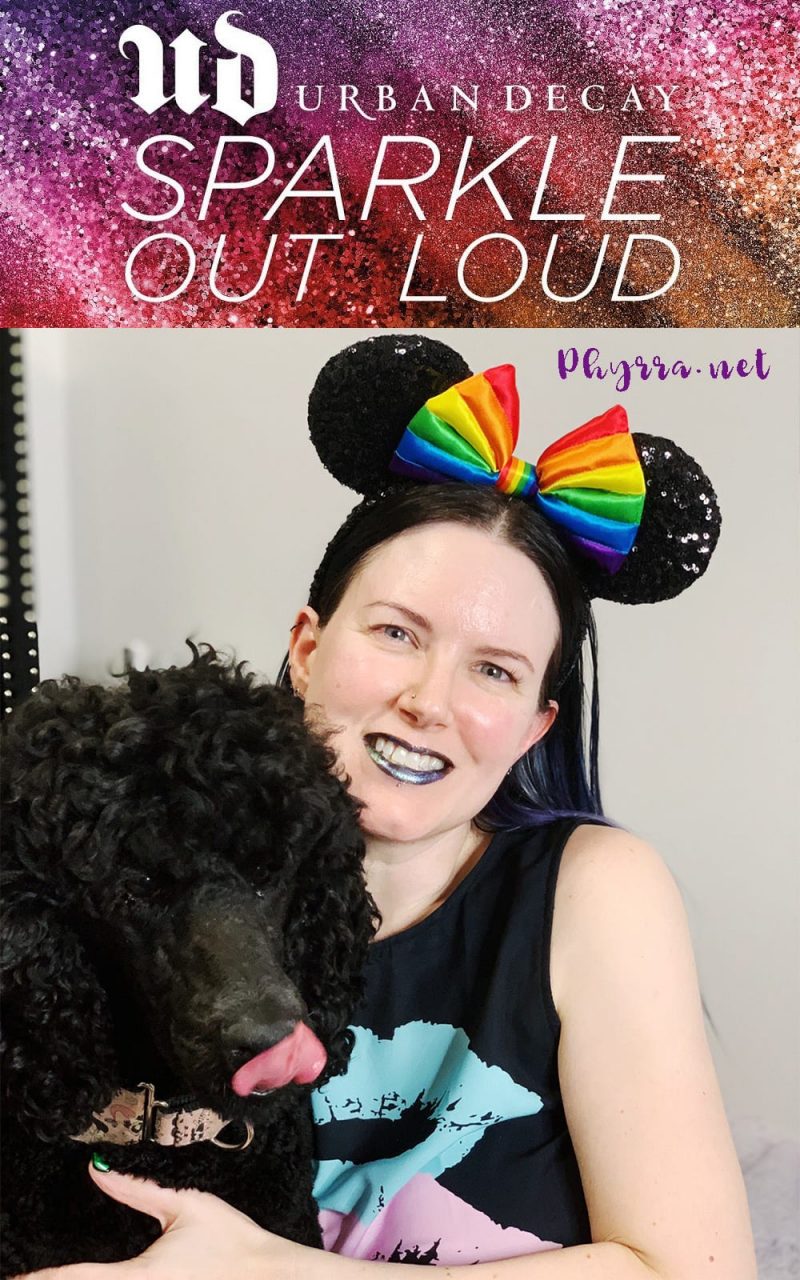 Since it comes up from time to time, I identify as a polyamorous bisexual, though I’ve been thinking I should switch the bisexual to pansexual. I didn’t even really learn about that term until 5 years ago. And it’s only been in the past 2 years or so that I’ve felt comfortable using the term queer. My pronouns are she / her. However you choose to identify, and whether or not you’re out, I’ll be supportive of you! As Urban Decay says on their site, Love is Love. More is More.

Urban Decay Cosmetics is a cruelty-free makeup brand. They were Leaping Bunny Certified for many years and are currently PETA certified. They also have the UltraViolet Edge, UD’s Global Initiative to Empower Women. 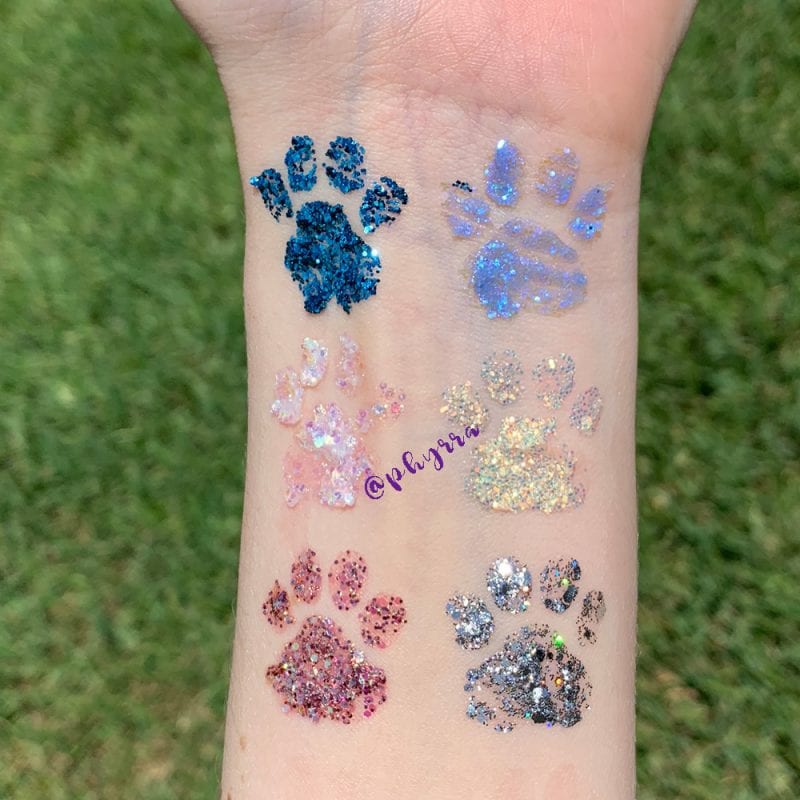 Urban Decay says that this is a super-concentrated, hyper-reflective glitter gel for your eyes, body, and face. I’m too scared to put big glitter like this near my eyes, but it’s beautiful on the cheeks, decollete, shoulders and arms. Distortion, Saturday Stardust and Party Monster are my favs. 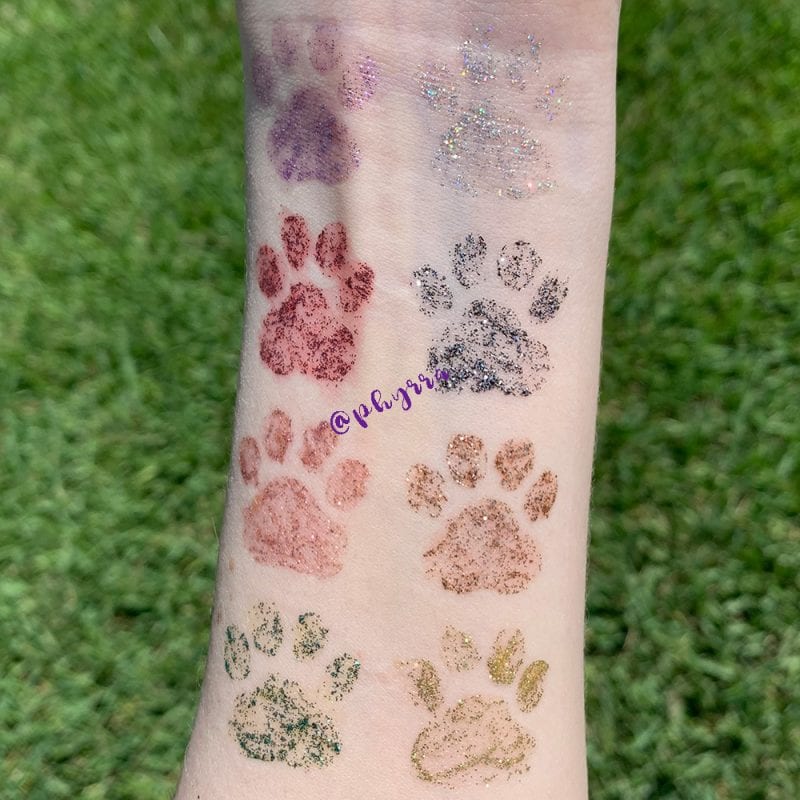 I LOVE the Urban Decay Heavy Metal Glitter Eyeliners! I love using shades like Grind, Distortion, Pyro and Junk Show on top of eyeshadows to really amp up a look. And the glitter in these products are tiny, so I feel safe putting them on my lids. Disco Daydream, Volume, Studio and Stonewall are really amazing. 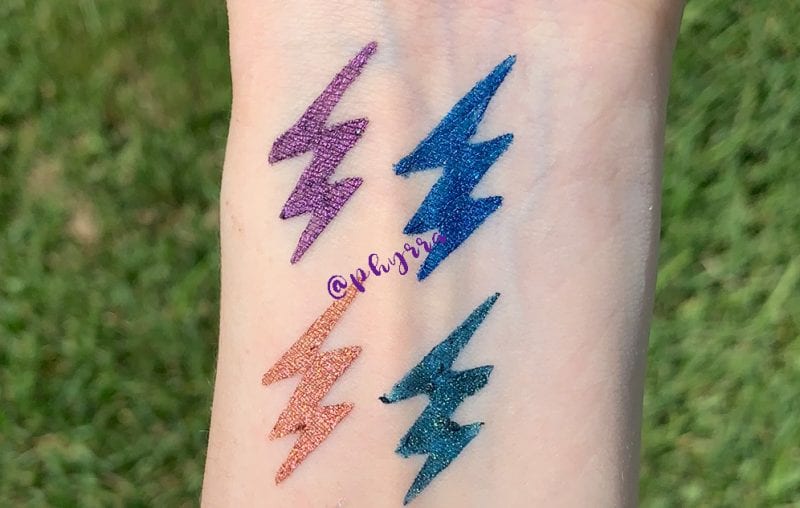 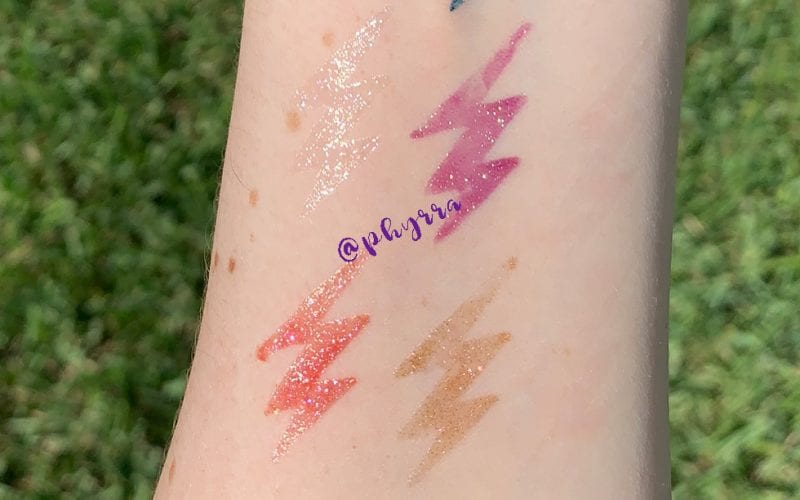 UD says that this is an ultra-shiny, long-lasting lip gloss that glides on cushiony-soft and leaves lips feeling nourished without any stickiness. I do love the vanilla mint flavor!

Star Stunner and Disco Queen are my favorites from the Hi-Fi Shine Lipglosses. 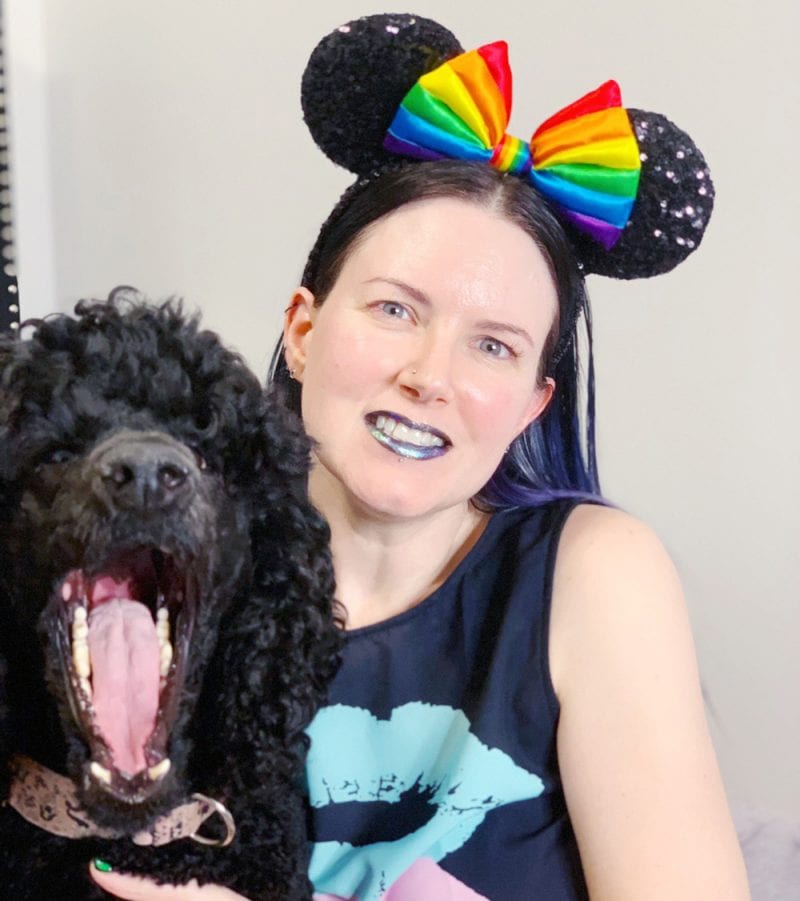 This was Dave’s favorite photo of the set that I took! I bought my Disney Pride Rainbow Mouse Ears at Disney World’s Epcot this past weekend but you can get yours online at shopDisney!

You can buy the Urban Decay Sparkle Out Loud Collection at Sephora, Ulta, Nordstrom, & UrbanDecay.com.

What do you think of the Urban Decay Sparkle Out Loud Collection?

Click a logo below when you shop to help support me. I earn commission on sales tracked from these links. Thank you!