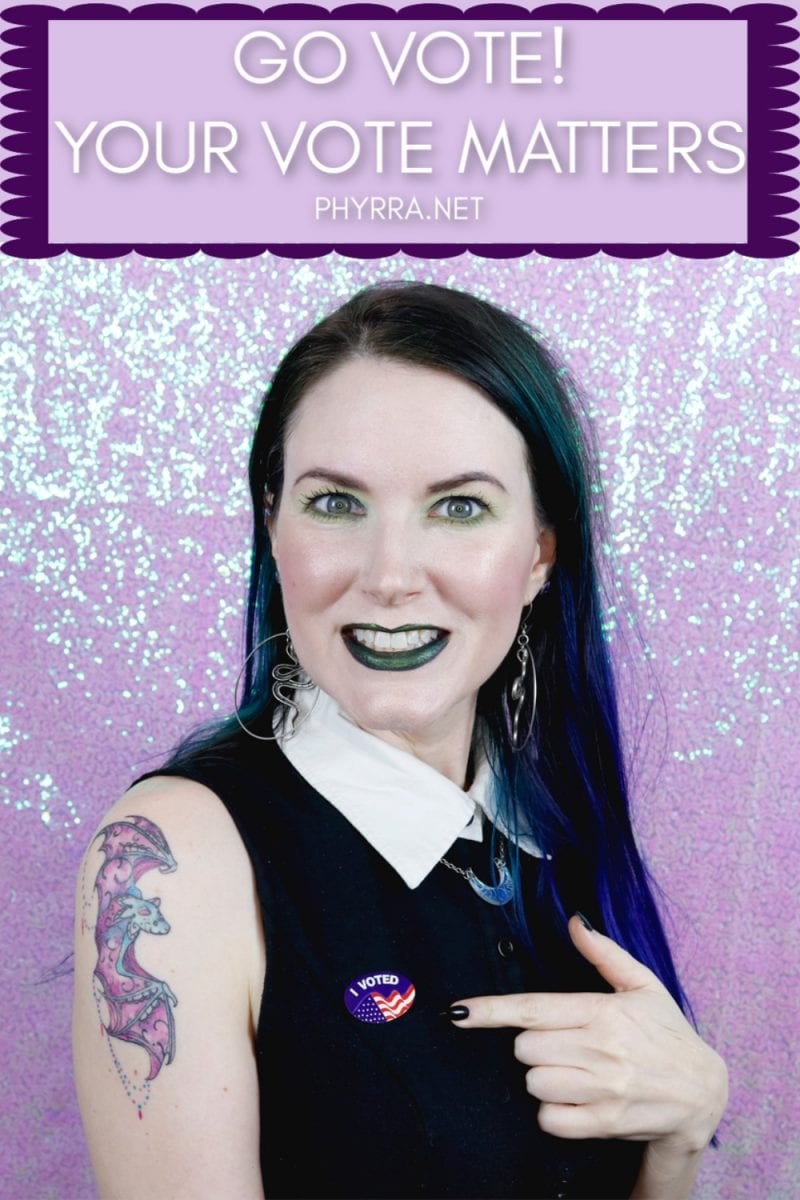 Have you been thinking about the 2020 Presidential Candidates? The democratic candidates? Then you need to go vote in the primaries if you haven’t already! Because I’m a bit of a sadomasochist, I’ve been following politics and the Democratic race for what feels like years at this point.

Yesterday, I went out and voted in the Florida Primary. Get thee to a voting booth and vote! I won’t tell you who to vote for, because I think it’s highly inappropriate.

I voted like the lives of everyone I love is at risk, because they are.

Look at the news here in the USA and you’ll see the GOP blocked an EMERGENCY democratic led bill to give workers 2 weeks of sick days off mandatory. This is critical during the covid19 pandemic. The GOP only cares about big businesses. They do not care about the citizens of the USA. This pandemic is projected to bankrupt millions of people.

Our current government does NOT care about its citizens or our survival. They only care about big business. Our government just gave 1.5 trillion to the stock market. We need health care for all. We need people’s crushing student debts erased. We need people to stop going bankrupt or worse, dying, because of their medical care. Just to be clear, the USA CAN afford healthcare for all, our current administration just chooses to prioritize businesses and capitalism over taking care of its citizens.

In contrast, countries that care about their citizens are making different choices than the USA. Italy is suspending mortgages so that people have time to recover from the illness. The ENTIRE COUNTRY of Norway is shutting down to protect its citizens.

I’m tired of living in a country that values businesses more than its citizens. I want a government that works for us, the people, not billionaires and the 1%.

I will tell you that when I was researching the 2020 Presidential Candidates, I focused on the democratic candidates. I went to their individual websites to look at their plans.

Elizabeth Warren was my first choice because she has the experience and skills necessary to be a great president. Unfortunately, because of internalized misogyny (women hating other women) and 90% of the world hating women, Warren wasn’t given a fair chance. She was called boring, a school marm, shrill, etc. Despite the fact that she had plans for how to fix teverything, she was discounted. It makes me sad that I am going to turn 42 this year and will have never seen a woman President in office in the USA.

I also found Andrew Yang intriguing. He had a lot of interesting ideas and I’m sad he’s out of the race. I hope he runs again because I loved a lot of his ideas.

I do not like Biden. He enacted the Rave laws, believes in the War on Drugs and wants cannabis to be illegal. He also mentioned wanting a Republican running mate. No thank you!

My entire voting life I was registered as an independent until 2015 when I registered Democrat to vote in the Primaries for Bernie Sanders. Sanders was cheated of the nomination.

This time, with my first and second choices gone, I voted for Bernie Sanders in the primary. I will vote for whoever wins the Democratic nomination in November, but I have my preferences.

I want someone progressive, who will modernize the USA and care about its citizens, not businesses.

If you want to learn more about the news, I recommend checking out Philip de Franco or the Young Turks on YouTube. I watch Philip several times a week.

So have you been thinking about the 2020 Presidential Candidates? Go Vote!