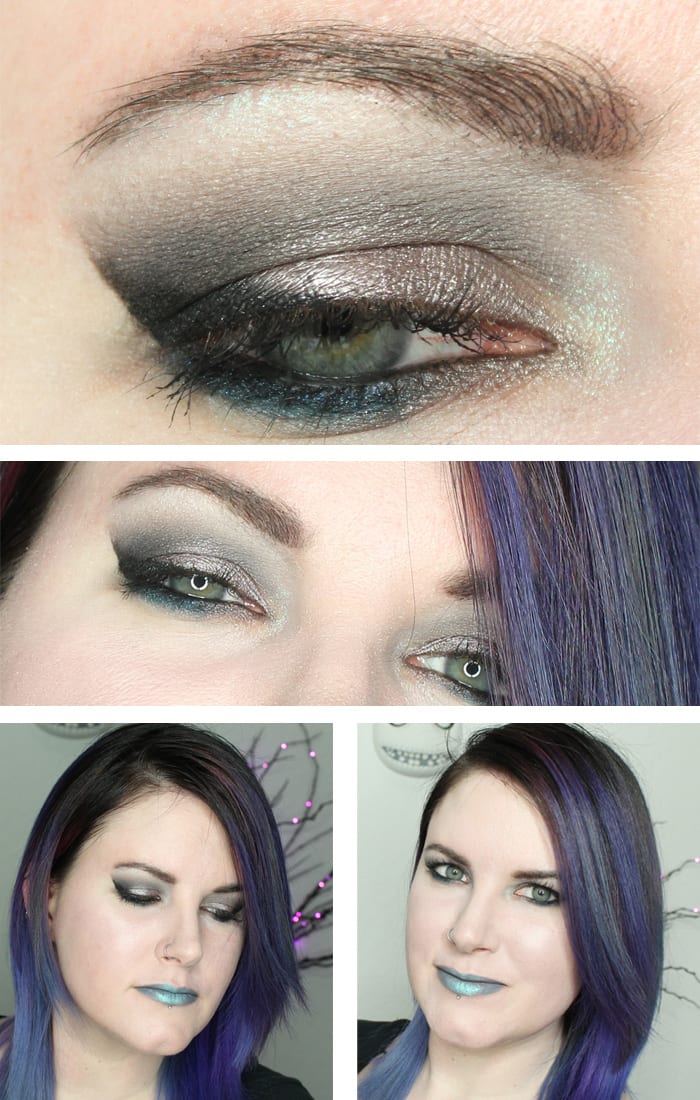 Happy Teal Thursday! Today I’ve got a Meow Inferno’s Light and Purgatory’s Shadow look to share with you. These are colors from the Meow Dark Dreams collection that I recently reviewed. I also used Makeup Geek Mattes.

This post contains a mix of press samples and products purchased by me. 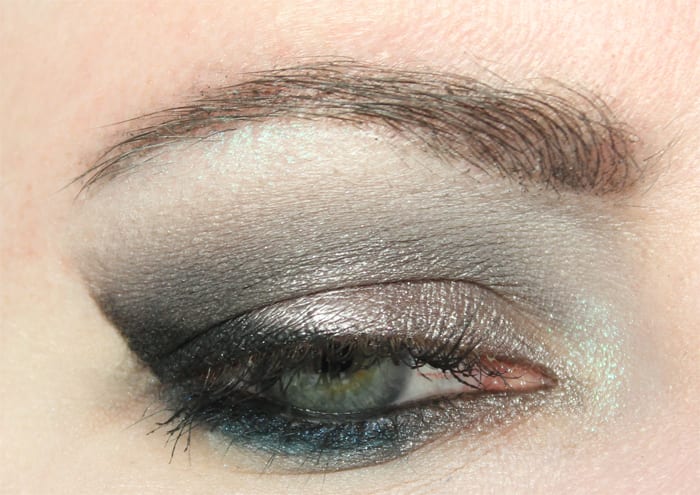 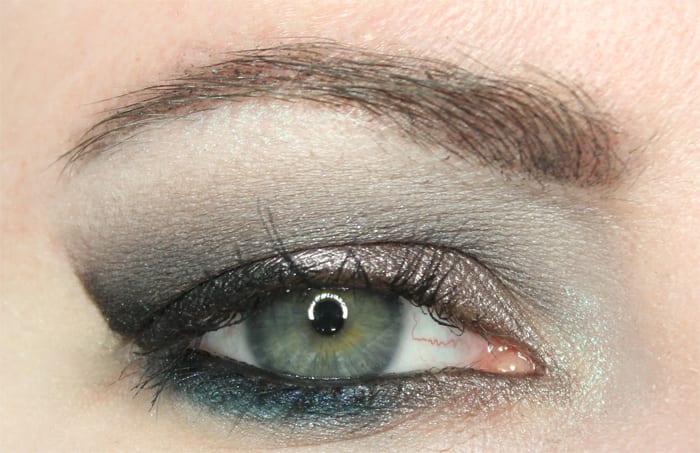 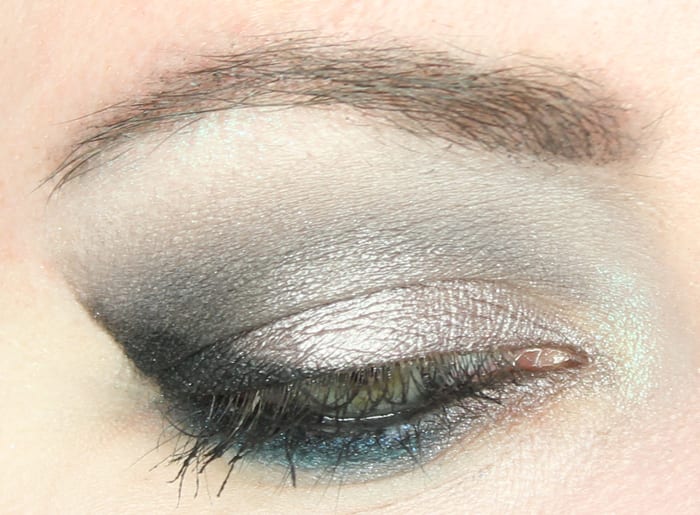 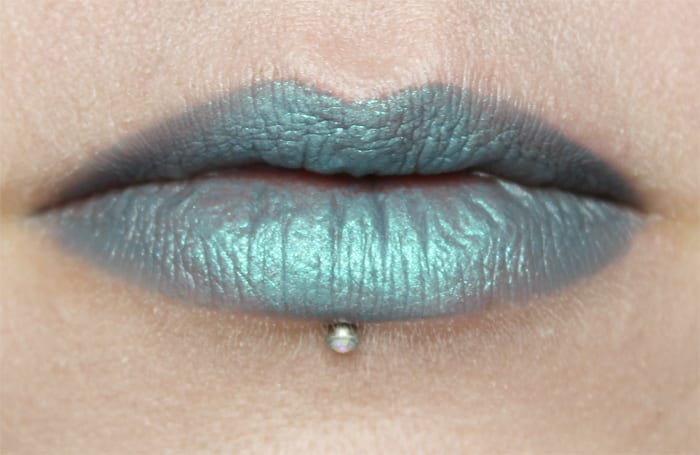 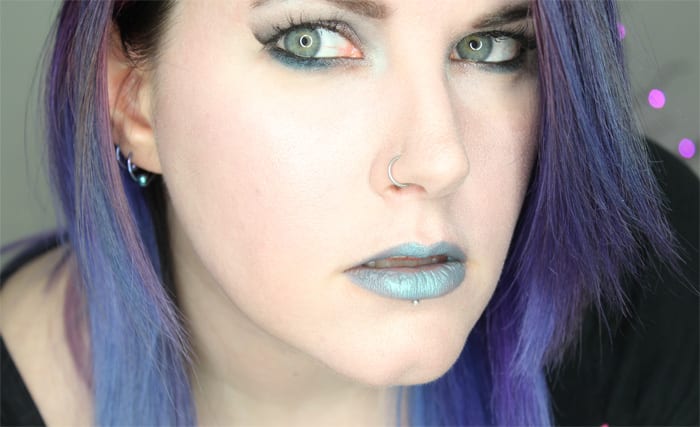 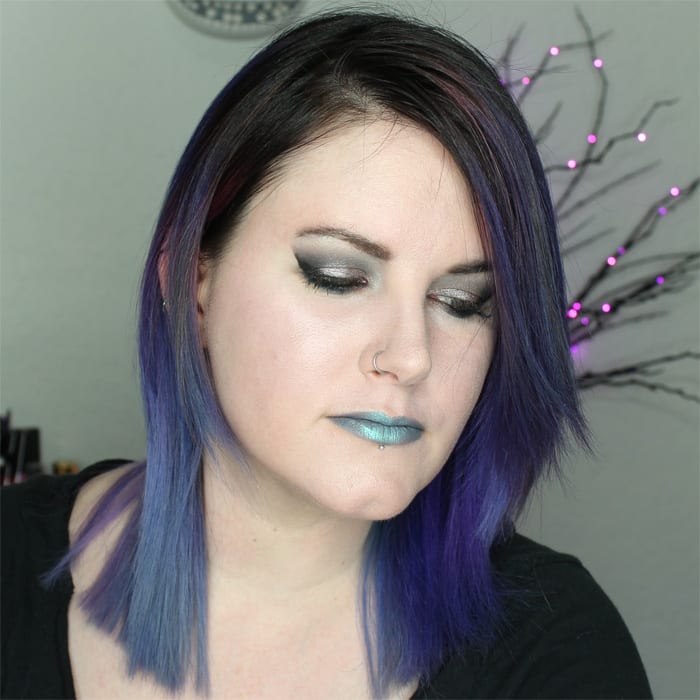 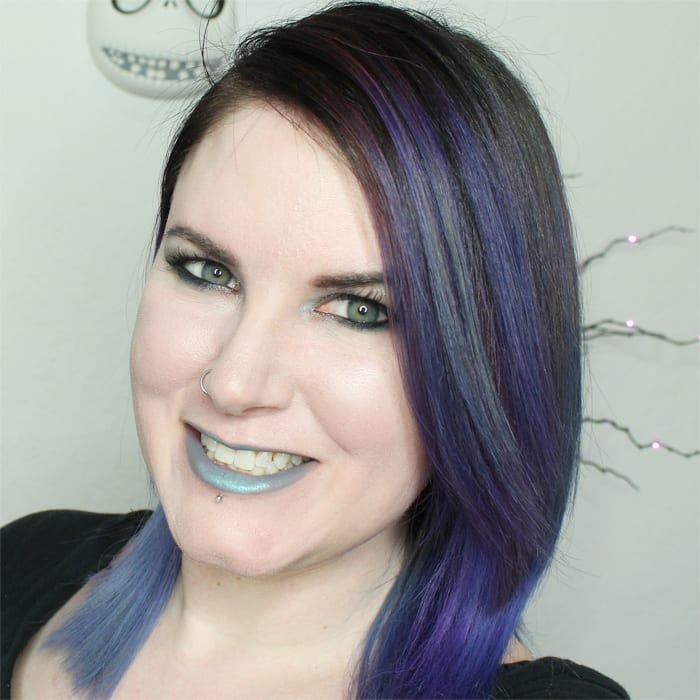 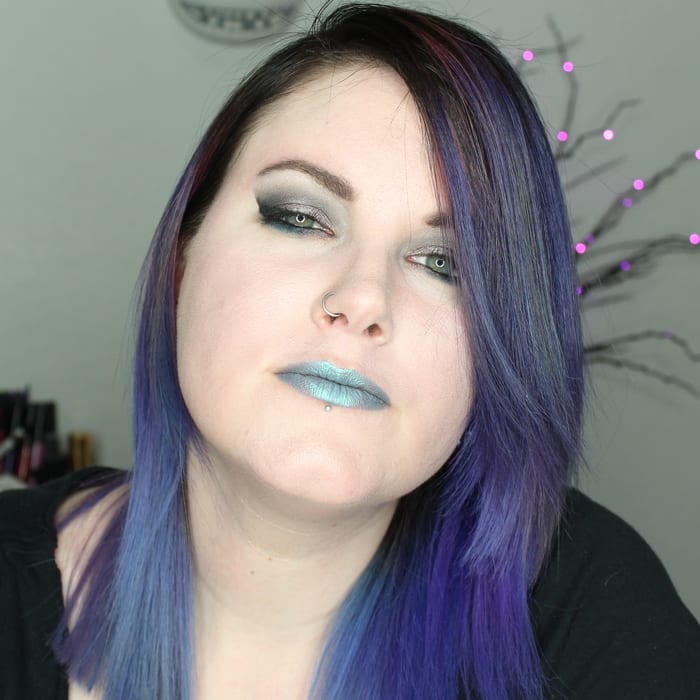 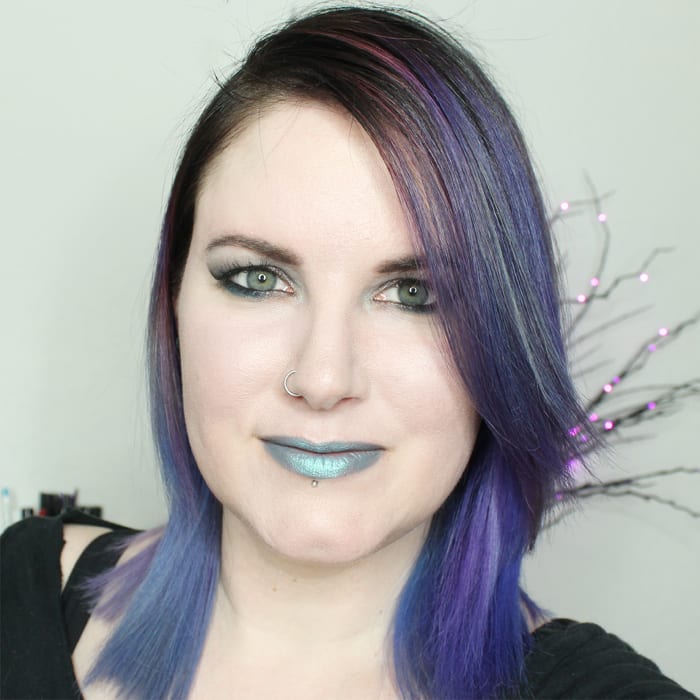 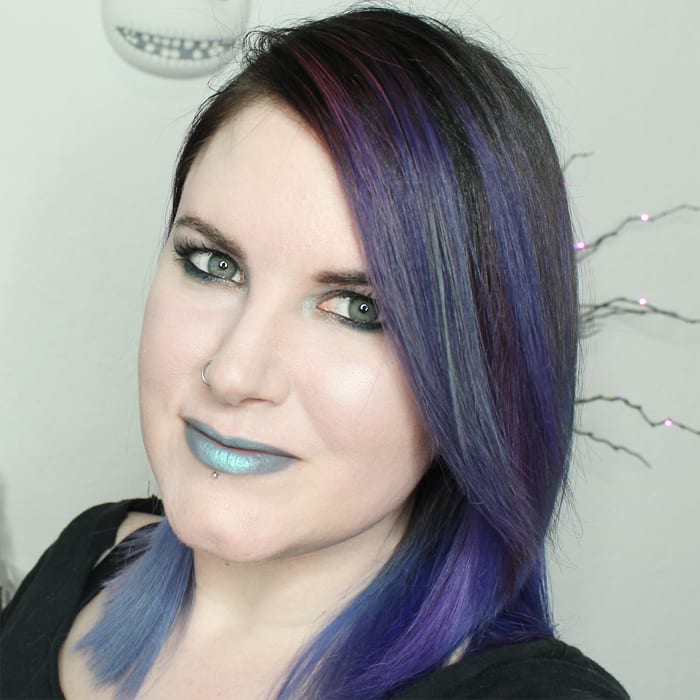 Of course the teal for this looks is not only on the eyes but the lips. Purgatory’s Shadow is a deep teal blue. Sugarpill Lumi adds a light turquoise blue glow to the center of the lips.

This was my first time wearing House of Uni lipstick in Mystique. The formula is very creamy. I should  have  used a lip primer or lip pencil with it but I wanted to try it on its own. It applied easily. I patted Lumi onto the center of the lips.

I really love the silvery goodness of Inferno’s Light. I think it’s an excellent color for me. I feel like it’s very glowy and brightens my eyes. I’m very happy with how ridiculously easy Makeup Geek Bedrock was to blend out. I used a tiny bit of Concrete Jungle at the outer hood, but it wasn’t dark enough, so I ended up adding Corrupt. Then I decided well, what the hell, might as well wing it out.

I visited Christian my hair stylist yesterday and got my hair trimmed. Next week I’m going in for a color touch up. My roots are showing. Christian trimmed off an inch from the bottom and about half an inch from my chin length layer. Since he cut my hair, I had a great hair day.

What do you think of Inferno’s Light and Purgatory’s Shadow?