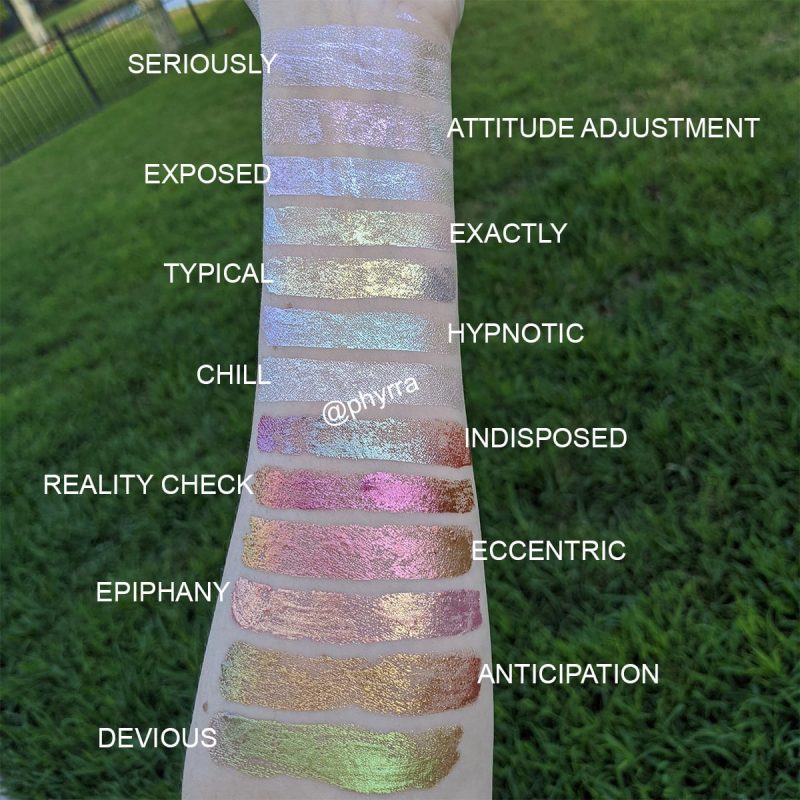 Hey fam, today I’m sharing Kristen Leigh Glimmer Gels Swatches with you. As you know, I’m on a low buy. Kristen Leigh Cosmetics is one of the three brands I purchased from during the month of January. My order finally arrived a few days ago, so I’ve worn them once. I got to swatch these eyeshadows today! KLC sent me some freebies to go along with my order so that I could swatch the complete glimmer gel collection for you!

Where to Buy
Kristen Leigh Cosmetics

KLC created a 15% off code for my friends of PHYRRA if you want to get your own! 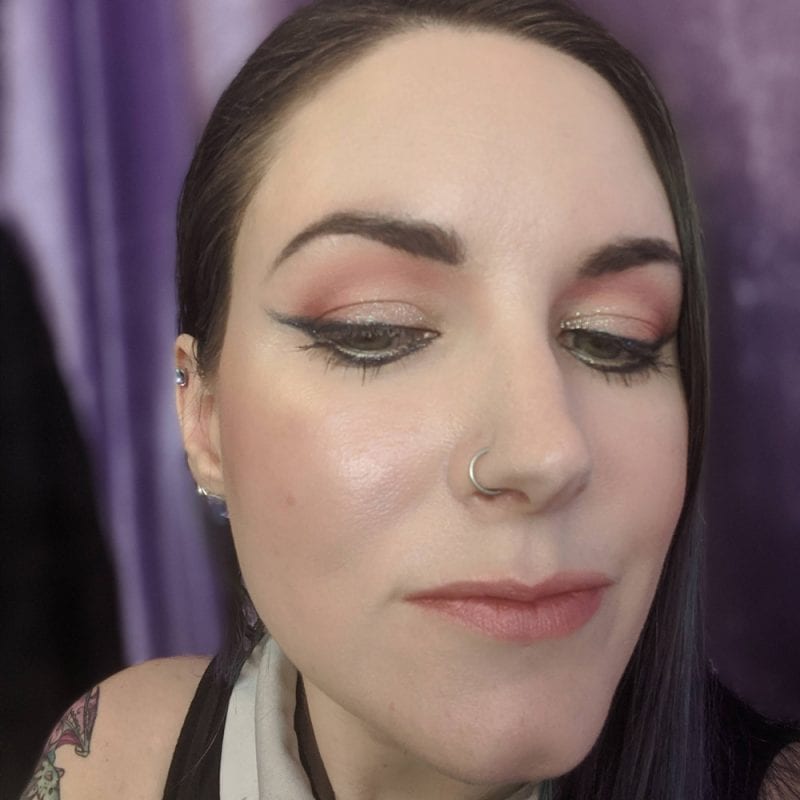 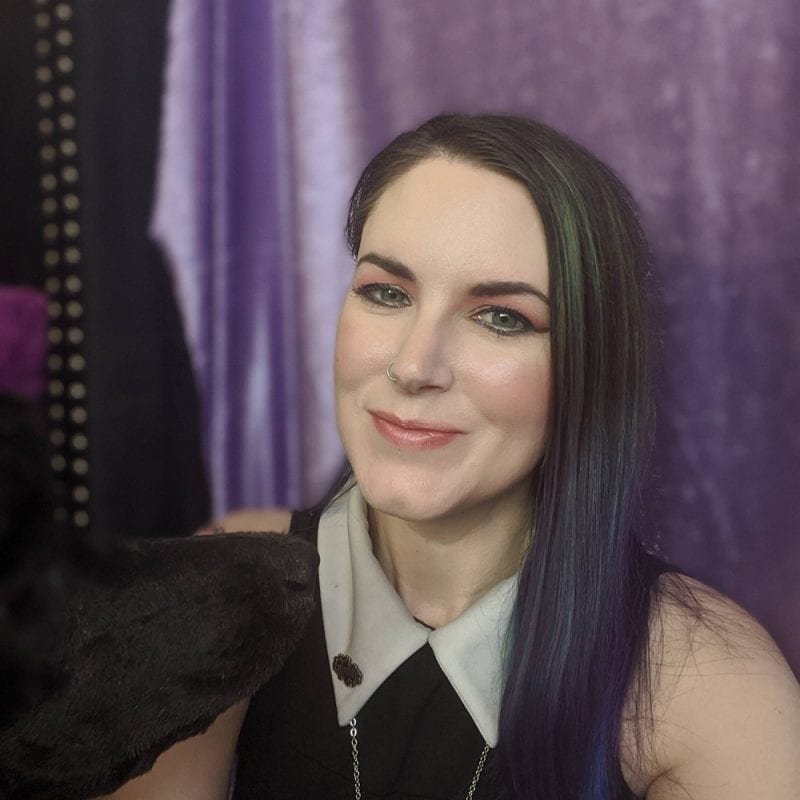 The Kristen Leigh Glimmer Gels are really cool because you can thin them out to create a veil of iridescent color or build them up for a stronger shift. Glimmer Gels dry down in about 60 seconds. The Glimmer Gels layer on top of eyeshadow with no issue. I used Indisposed thinned out on top of Nomad Cosmetics Carve yesterday to create a baby pink with turquoise blue shift. It looked so pretty!

Kristen Leigh Cosmetics says these are gluten free, talc free, paraben free, cruelty free (of course!) and vegan! They have a shelf life of two years. These eyeshadows can also be used as face and body highlighters, shadow toppers, and lip toppers.

I’ll have some more looks up featuring these eyeshadows, as well as a full review, as soon as I can. I love how Indisposed wore for 14 hours without flaking, fading or creasing on top of Nomad Carve, plus my eyeshadow primer and setting powder.

Have you tried Kristen Leigh Cosmetics? What color combos would you like to see with the Glimmer Gels?