I recently purchased the Kat Von D Spellbinding Eyeshadow Book and I’m testing it out. This look is simply Kat Von D Birdcage Tutorial. I used 3 colors from the palette – Countess (which is very powdery / soft), Birdcage and Gunner. I wore this look out Saturday Night when I went to my Sushi class.

Pr + purchased by me. 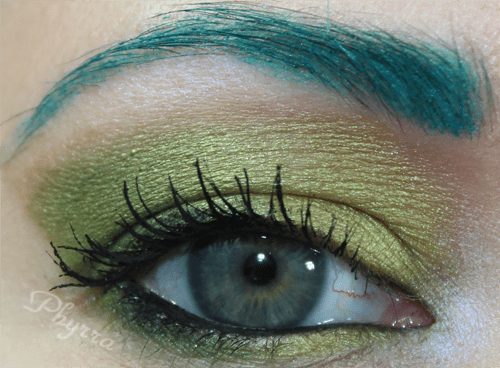 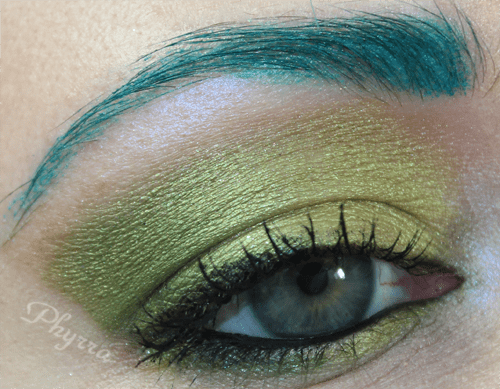 1. Apply a base of Kat Von D Countess to the browbone and upper crease. Pat Kat Von D Birdcage onto the lid and inner lower lash line, and blend it upwards into the crease.
2. Apply Kat Von D Gunner into the outer crease, blending inwards. Line the outer uppr and outer lower lash line with Gunner.
3. Line the waterline with Buxom Call Me. Highlight at the inner corner and under the brows with MAC Vellum. Add mascara. 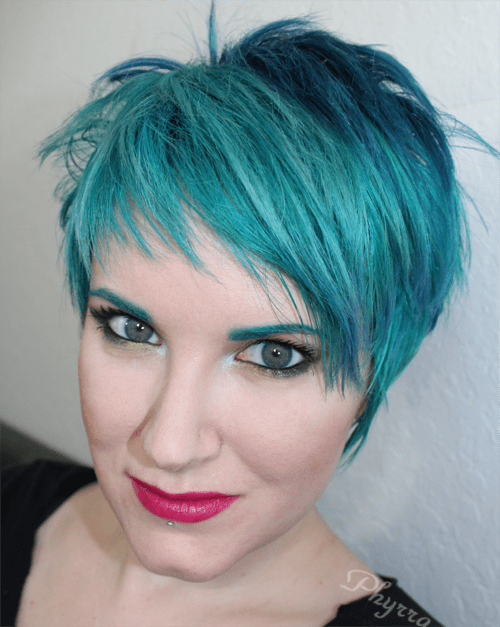 While I like the color of Countess, it kicks up a lot of powder when you run your brush across it, which means you may end up with wasted product. I didn’t have the same issue with Birdcage or Gunner. I’ll be reviewing this palette soon, in case you’re interested. Overall I’m impressed with it right now, but I’ve only played with a few shades.

What makeup did you wear this weekend? Any fun color combinations?