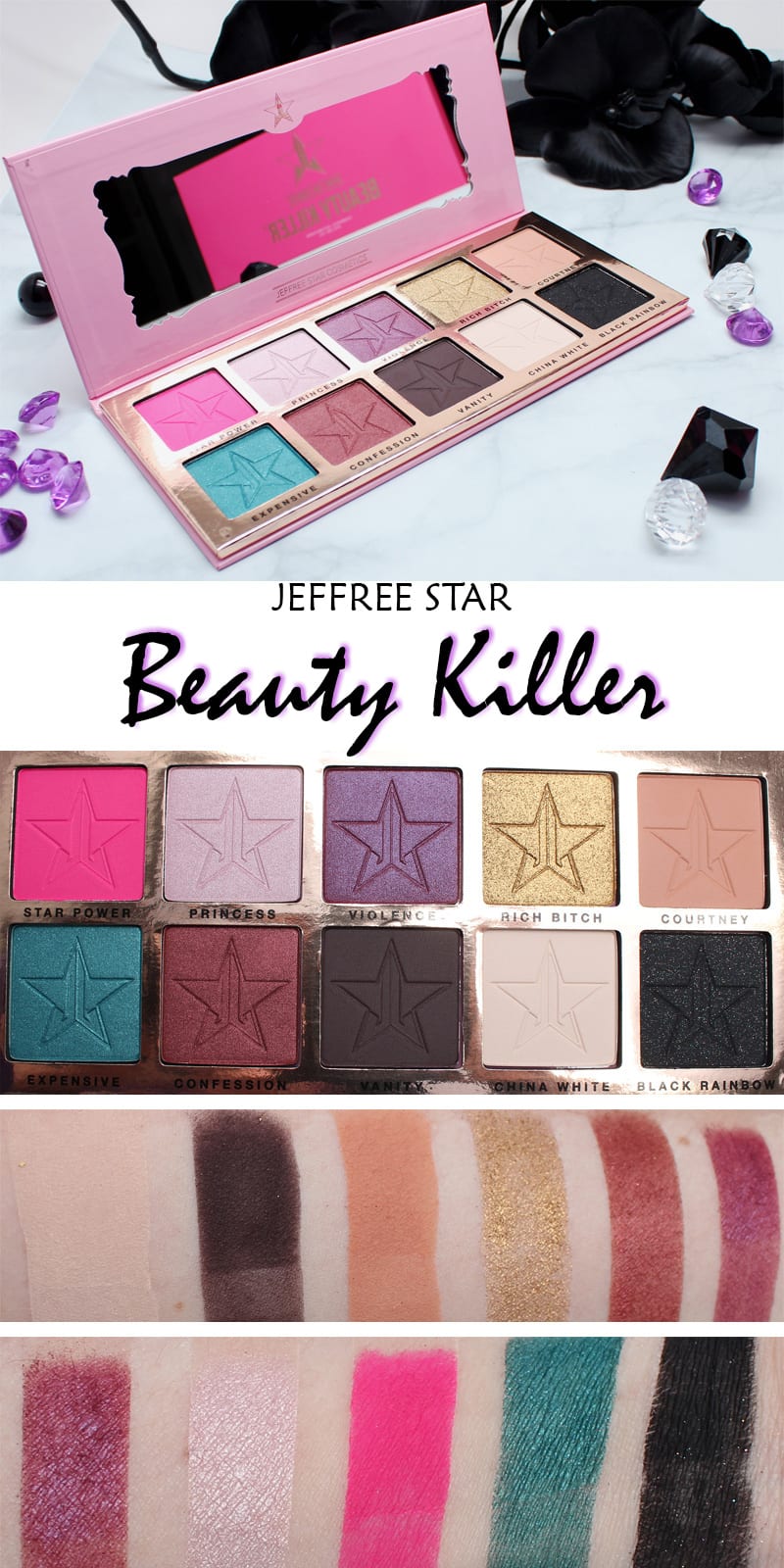 Today I’m sharing the Jeffree Star Beauty Killer Palette review. I’ve got live swatches of the palette, which I don’t normally do because I feel like they end up looking messy, as well as neat swatches on bare skin and primer. This is a 100% vegan palette and it’s cruelty free, too. This is currently available at Jeffree Star Cosmetics and I believe it will also be available at Beautylish in the near future.

Jeffree Star Beauty Killer Palette Review, Live Swatches, Vegan & Cruelty Free | Phyrra
If you like this video give it a thumbs up and share!

Where to Buy
Jeffree Star, Beautylish 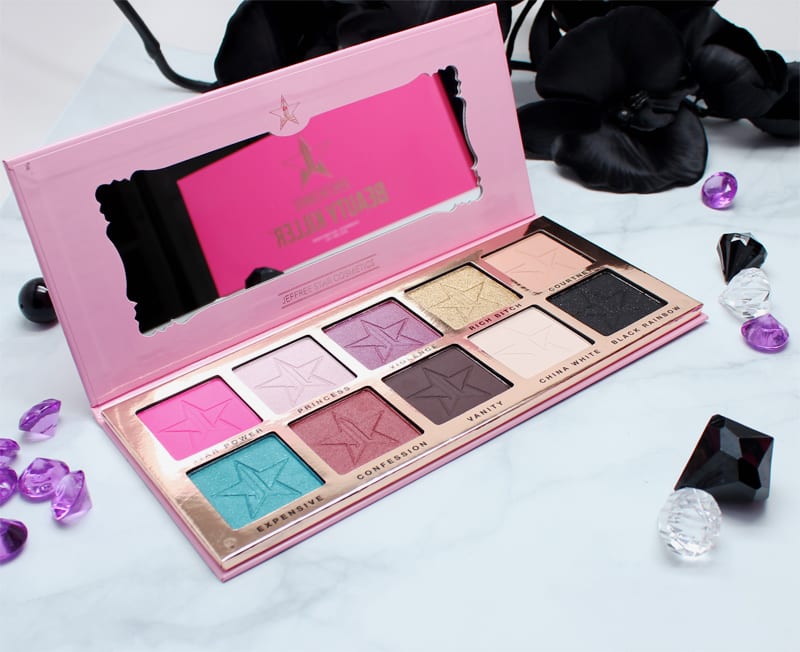 Just to give you a frame of reference, Urban Decay eyeshadow singles are $19 for .05, Kat Von D Metal Crush singles are $21 for .10, MAC singles are $16 and refills are $6 for .04, and Makeup Geek singles are $10 for foiled and $6 for regular for .064. The closest palette I could think of price wise would be the Urban Decay Electric Palette which is $49, so a little more expensive, which gives you 10 shades for $4.90 each, though they’re less than half the size of the Jeffree palette, at .04 oz each.

Now, I took this palette and several other eyeshadow palettes with me on my trip to Traverse City Michigan. This is the palette that I played with the most. I can actually create several complete looks with this palette without having to reach for supplementary shades, like I normally do.

The top half of the swatches are on Too Faced Shadow Insurance and the bottom half is on bare skin. 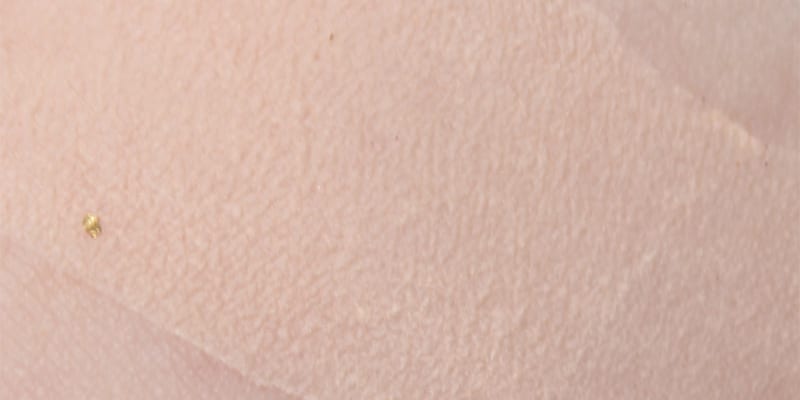 China White
a pale creamy white matte, which makes a great base shade or highlight shade on my skintone. 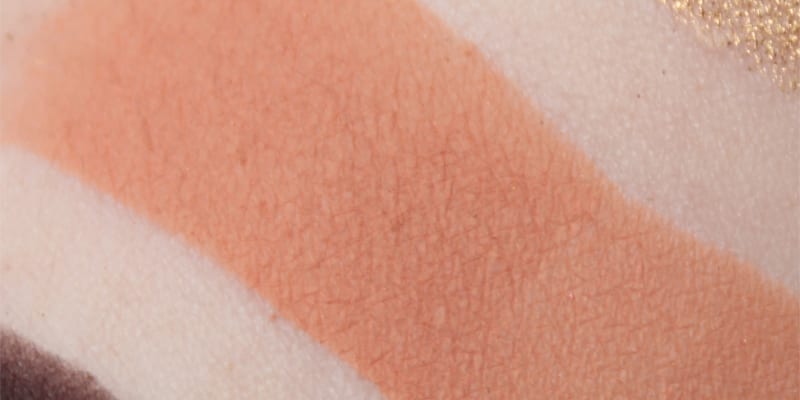 Courtney
a peachy nude matte that can be used as a soft crease or transitional shade on me. 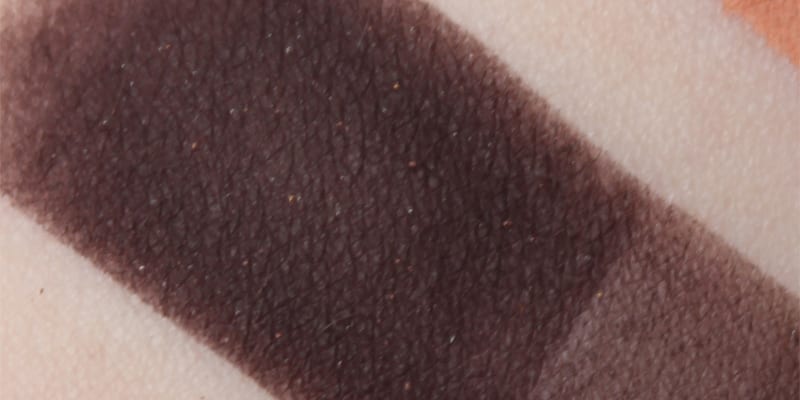 Vanity
a deep brown matte. This is great to contour the eye, as a deeper crease color or even a liner.
These three shades are staple neutrals that are great for crease or hood work. They’re office safe for a conservative environment. The rest of the shades are more fun! 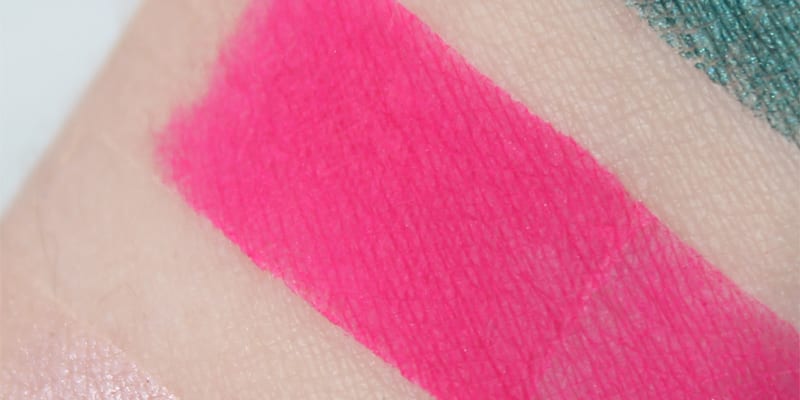 Star Power
a hot pink matte. I’m not sure if this is a reference to the invincibility star in the Mario Brothers video game or Guitar Hero. Either way it’s beautiful. This reminds me of Sugarpill Dollipop. 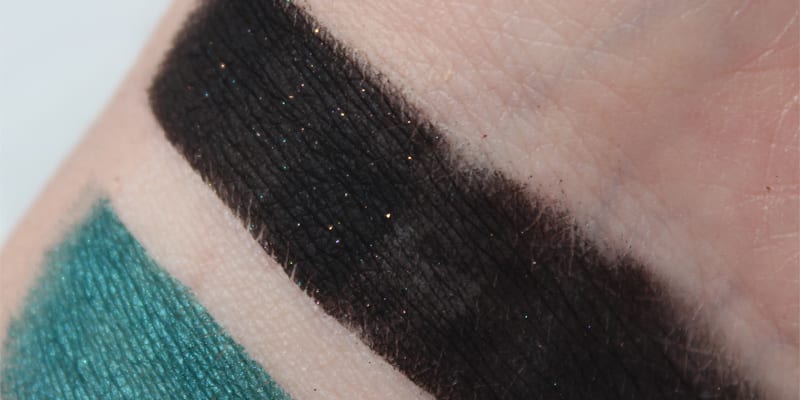 Black Rainbow
an ultra-pigmented black matte with rainbow glitter. This reminds me a bit of Sugarpill Stella. 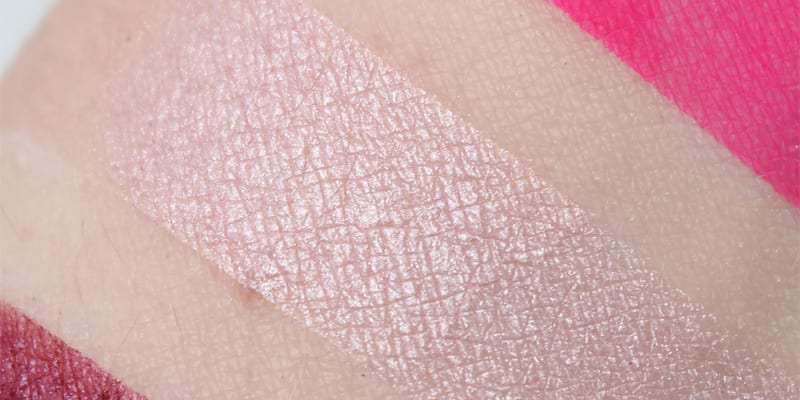 Princess
a super pale frosty pink. It almost glows. It makes a great highlighter! Pictures don’t really do this shade justice but the video shows off how pretty it is. 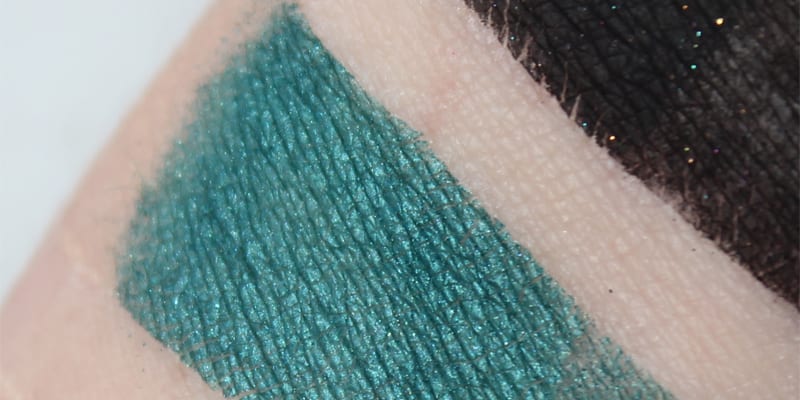 Expensive
a metallic teal shimmer. This is a beautiful teal. It does have some fallout though. 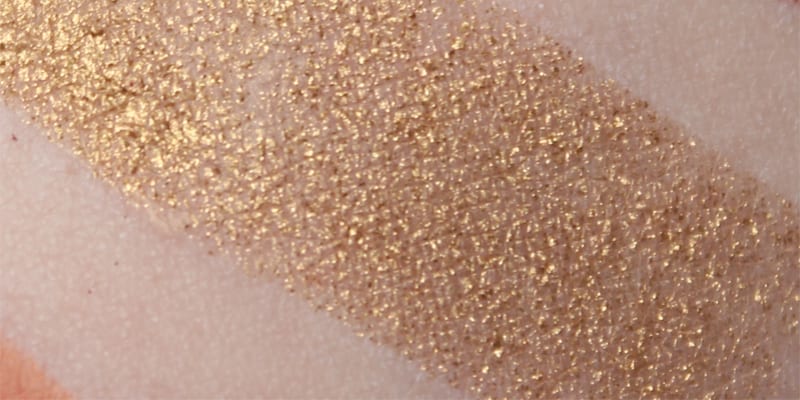 Rich Bitch
a metallic gold glittery shade with fallout. This had the most fallout of any shade in the palette. 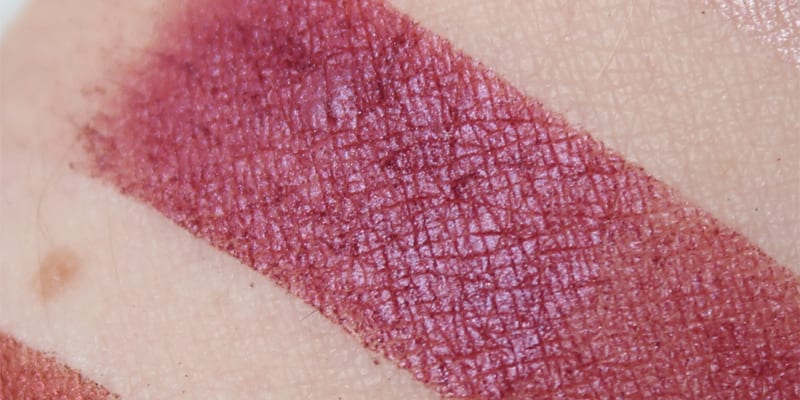 Violence
a plum purple shimmer. This was a bit of a disappointment because it’s not a true purple, it’s more of a berry plum purple shade. 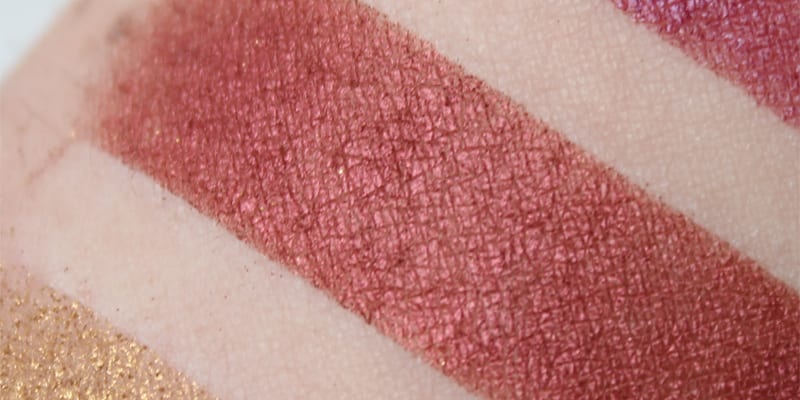 Confession
a cranberry brown metallic. This was a bit of a disappointment because it’s not a burgundy.

Violence and Confession were the two shades that I was personally disappointed with in the palette because they’re not what I see in the pan. I feel like we see these shades everywhere. I was hoping that Confession would be a true burgundy and that Violence would be more of a royal purple. Even though they’re not to my taste, I do think that they’re both pretty easy colors to work with. 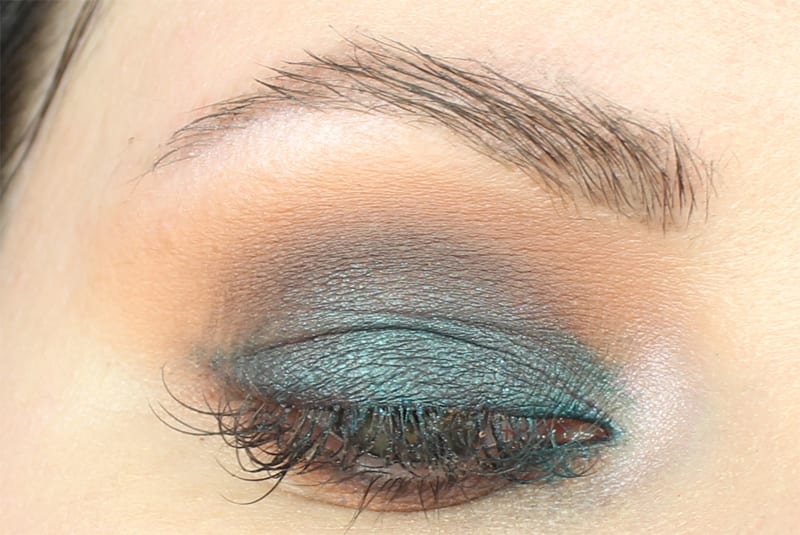 For this look I used China White as my base shade. I applied Courtney all over the eye area and the lower lid. I layered Vanity on the lid and hood in the smoky dome shape, as well as at the lash line. I applied Expensive damp with UD’s All Nighter to the lid. I highlighted with Princess at the inner corner and under the brow.

What I like about this palette
The packaging for this palette is slim. It’s not bulky, there’s nothing extra. I love that the names of the colors are printed directly under the eyeshadows on the palette. They’re in a clear and easy to read font. I mostly love the color choices. I love that it’s a great value for the price because you’re getting a ton of eyeshadow. The mix of mattes and shimmers make it perfect, in my opinion, for hooded eyes.

What I don’t like about this palette
I feel like Rich Bitch and Expensive both had more fallout than necessary. I almost felt like they weren’t as nice in texture as the rest of the colors. I felt like Violence and Confession were not true to what I see in the pan. I wish they had been.

What do you think of the Jeffree Star Beauty Killer Palette? Let me know below!