As I love the Urban Decay Midnight Cowgirl eyeshadow, the old version, I wanted to see if I’d like the Midnight Cowgirl, the new version. This color changed when the formula changed. 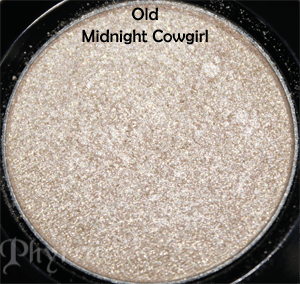 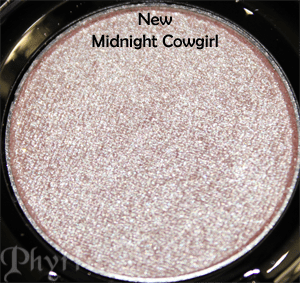 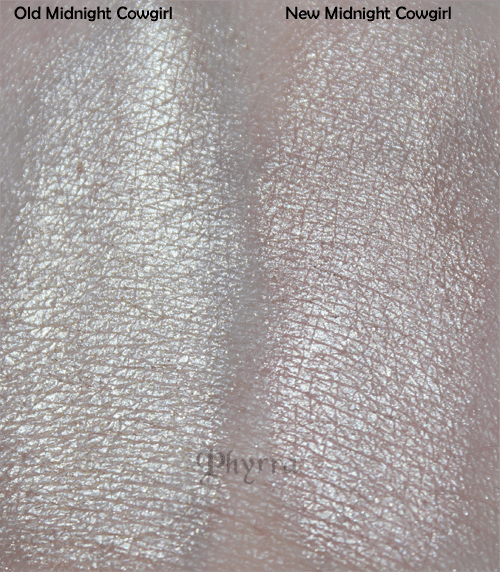 The two colors are both light.

New Midnight Cowgirl is more peach-beige than yellow-beige by comparison. You can also easily see the multi-colored sparkles in the new formula.

I was prepared to hate the new because it’s not yellow or golden like the old. I don’t hate it, I actually really like it, mostly due to the multi-colored sparkles, but I’m not quite sold on the peach-beige tone of the new.

Midnight Cowgirl (new) on the browbone.

I just think the old looks better than the new on me.

If I were to remake the color, I’d keep the yellow-beige tone of the old, but add in the multi-colored sparkles of the new.

I do know that a lot of people hated the old formula, but I never tried it in the Book of Shadows that it came in, only in a single. The single old formula has worked well for me. So far the new seems a touch frosty.

Which version do you prefer? The old or the new?