This past Saturday Judi invited me to join her for the Nordstrom Tampa Trendshow.We had the daunting task of getting up early to be there at 7:30. Since I’m on my normal sleep cycle right now, I typically go to sleep between 2 and 5am, and get up around 11:30 am. So getting up at 6:50 was hard! After a super quick shower, I made it out the door by 7:05 and met up with Judi at 7:32 am. 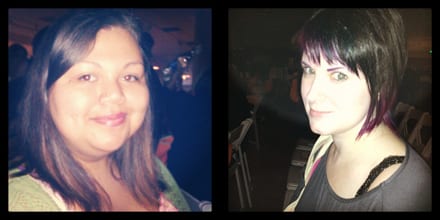 We were both awake… barely.

We were given cute complimentary tangerine beach bags and there were a few things raffled off. The crowd freaked me out. It was so packed I felt like I couldn’t breathe, but I clung to Judi and we weaved our way through the crowd. I felt like cattle being herded as we were ushered upstairs to the seating area for the trend show. Once seated, we were able to sit without too many people close to us and I felt like I could breathe again, so that really helped.

We had been asked to live tweet the show, so I did a combination of tweets and instagram. It was hard to do instagram the way I liked because the pictures were blurry since there was so much movement and it was my phone. HOWEVER, I really enjoyed live tweeting the event.

These are roughly in order with my tweets, but this was during the fashion show portion where models and company representatives would come out on the floor and the catwalk and give their pitch.

The ladies from Clarisonic.

Philosophy, talking about some of their new products.

Michael from Strivectin came out and talked about getting your skin healthy from the inside out.

Dior came out. They said they sell 7 mascaras a minute. Pretty staggering!

Amanda from Estee Lauder was there. She mentioned that they had 16 shades in their new foundation line. They also said to come visit them to get a free 10 day supply. We did not. 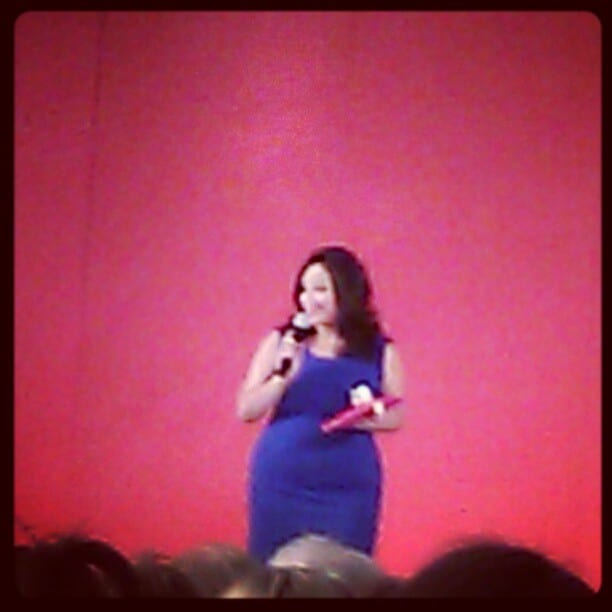 Bernadette from Clarins was there. Love the color of that dress! So vivid!

Our hostess told us we should all be rocking bright lips this year.

My favorite came out, NARS! Manny, the talented makeup artist from NARS, came out to tell us that we should all check out the NARS velvet gloss lip pencils. We did 🙂

The Jersey girl from Thierry Mugler with Angel Aqua Chic came out to say hi.

This lovely lady from Lancome was there.

She actually stopped me later in the day to take pictures of my hair since she liked my cut. I liked hers, too. I was quite flattered. I should have gone back to speak with her.

Our hostess talks about this being the season for Fragrance. 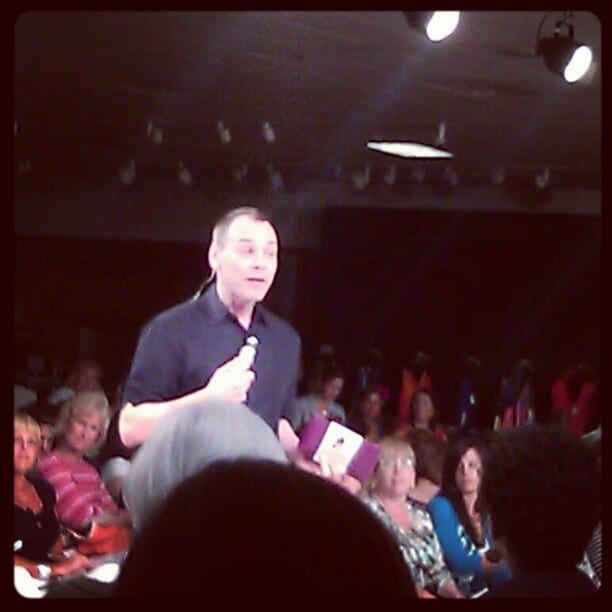 Osmotics came out to talk about a skincare system to lighten and even skintone,  if I’m remembering correctly. 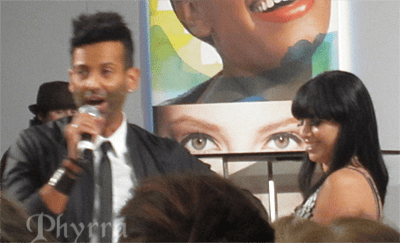 I believe this was Smashbox with their biggest fangirl 🙂 she had on adorable lashes. She made me think of Katy Perry.

John from Chanel. Their phrase was ‘from ordinary to extraordinary.’

The artist from Laura Mercier. 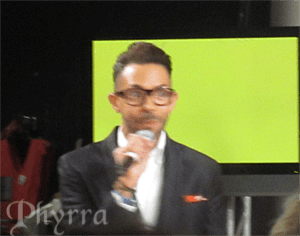 When they start playing Sexy and I Know It, MAC came out. It’s Romero Jennings. I can’t help but start laughing because I love the song and it makes me smile.

Then it’s our surprise guest, Anastasia from Anastasia!

It’s now time for Judi’s favorite, Butter London! Marci from Butter London comes out and says that Trout Pout is the must have shade for everyone. 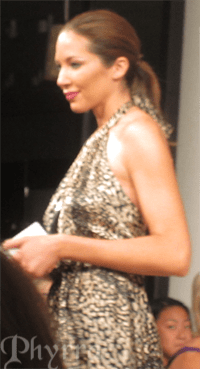 One of the lovely models walking the runway.

They talk about Bobbi Brown and how it was Bobbi’s birthday.

After the fashion portion of the event wraps up, Judi and I head downstairs. She wants to go see Butter London and I want to see NARS. So we wander around until we find Butter London. We were the first people there!

Judi introduces herself to Marci and then Marci gives Judi a manicure. Judi picks up a few colors she just had to have!

Judi was getting Blagger painted on her nails. She’s so cute in her bright flowery dress!

After that, we wander and find NARS and I get to take Manny’s picture. I ask him if he would mind color matching me in the new tinted moisturizer and he immediately said Finland. When I asked him for suggestions on color, he suggested New Lover (velvet lip gloss pencil) and Born this Way (gloss). I had to have Carthage (matte lipstick) so I snagged that and qualified for some free gifts, which was nice.

He was so nice!

I also went to say hi to Romero and get my picture taken with him.

I feel so naked without any makeup on!!!

After this, I think Judi and I went to get facial cleansing done by the Clarisonic ladies. I ended up buying a 2pack of Clarisonic sensitive brush heads on sale. 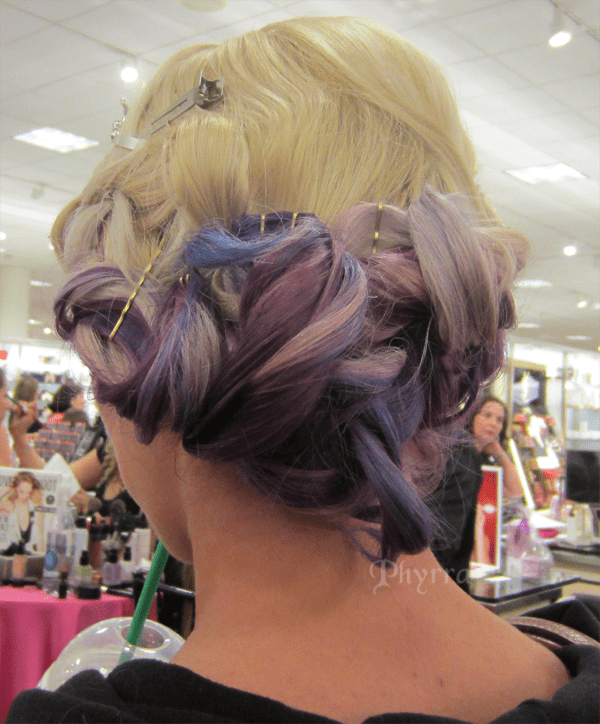 This girl had adorable purple, blue and blonde ombre hair, so I asked if I could snap a picture. She said yes. I think she was going to an event later in the evening because of how it was done up.

I think we decided at this point that we could go grab a bit to eat. We had a tasty lunch at the Cheesecake Factory and then came back over to the event.

Judi had booked us makeovers with Chanel, but we were both less than thrilled with our treatment by the Chanel staff. They sort of snubbed us, even though we had appointments, so Judi went to get a makeover done at MAC, and I canceled our appointments with Chanel and I had one done with Manny at NARS. When I was canceling at Chanel, the woman was all ‘are you sure, are you sure? Do you want to make it for another time?’ to which I politely replied ‘no thank you.’ It was frustrating because before that, we couldn’t really get a response from the Chanel ladies. They were quite busy, but it felt like they were being rude. And honestly, I don’t think Judi or I expected that.