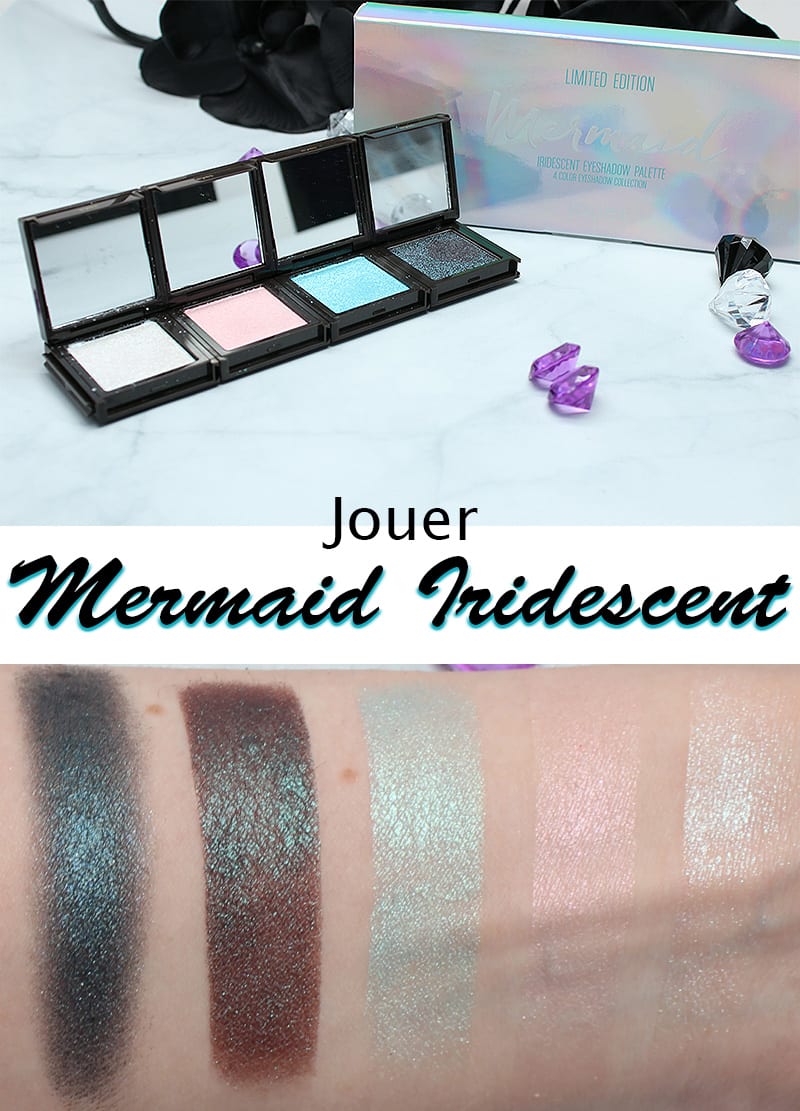 I’ve got a sneak peek of my Jouer Mermaid Iridescent Eyeshadow Palette swatches to share with you. This is not a review. This palette arrived on Friday and I thought you’d enjoy seeing it. These are super sparkly eyeshadows and 3 of the 4 shades have a translucent quality to them. All 4 are iridescent. This is supposed to be a limited edition palette. The top of my swatches are on primer and the bottom are on bare skin.

Where to Buy
Jouer

The lighter shades are meant for layering, in my opinion. I love that all of the colors except the pink has a strong blue shift.

What do you think of the Jouer Mermaid Iridescent Eyeshadow Palette?